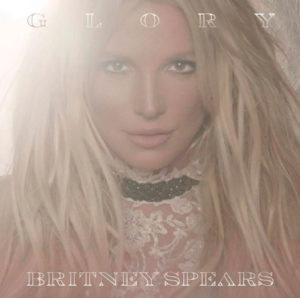 Could there possibly be anything more redundant than a new Britney Spears album?

Sadly, in the age of power celebrity, the only thing that can kill a career stone dead are allegations of child abuse. But Michael Jackson even overcame that, managing a miraculous coup de grâce, admittedly post-mortem.

But really! Britney doesn’t have Kylie’s saving grace of camp fun on her side, can’t claim the dancing queen authority of a Madonna, lacks the strategic power-babe cool of Beyoncé, and surely should have sashayed off into the sunset as soon as her star started cooling.

As for the title, surely Spears’ glory moment is long past — an extended riff on the perennial teen phenomenon with little discernible talent except a singing voice not dissimilar to those squeaky post-pubescent Japanese “Idol” poppets. And then to flagellate that phenomenon through all the now-expected emotional disturbances of growing up in paparazzi-land, while never finding anything resembling an authorial artistic voice…

Could there possibly be anything more redundant than a new Britney Spears album?

Like those early records where she worked with hip producers like The Neptunes and Jay Z, there’s some clever work going on under these otherwise fairly formulaic songs.

There’s an airy, transparent electronic sound behind the scenes that enhances their attractiveness, and despite the lack of top-draw producers, the hired hands know just how to make it so much more appealing than it deserves to be. Think of it as a trifle with that whipped cream from a can that vaporises before you can get the full fat taste.

If you really love Britney Spears, then sorry, you need help.