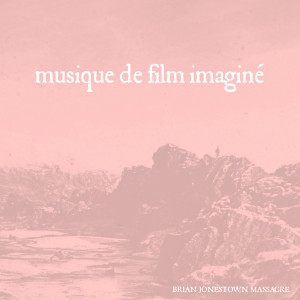 Newcombe has often fostered shock and outrage, but ironically, Musique De Film Imagine is the most genuinely subversive record of his career. Instead of the perfectly airbrushed “imaginary soundtrack” work of a group like Air, the BJM approach is to aim for a kind of Continental incontinence, forgoing misplaced authenticity for muddy Mellotrons and grainy, hiss-enhanced sonics that sound like they could have come straight from a reel of 1960s celluloid that’s already been thrashed in a thousand cinemas.

Newcombe has traded in psych-rock outrage for a very specific take on movie music where the lack of digital definition adds elementally to the whole. While only two tracks feature (stereotypically alluring) French female vocal contributions, the instrumental tracks are more than just incidental music. Mood-wise, there’s a palpable sense of drama, threat and impending doom looming into view. We wouldn’t expect any less.