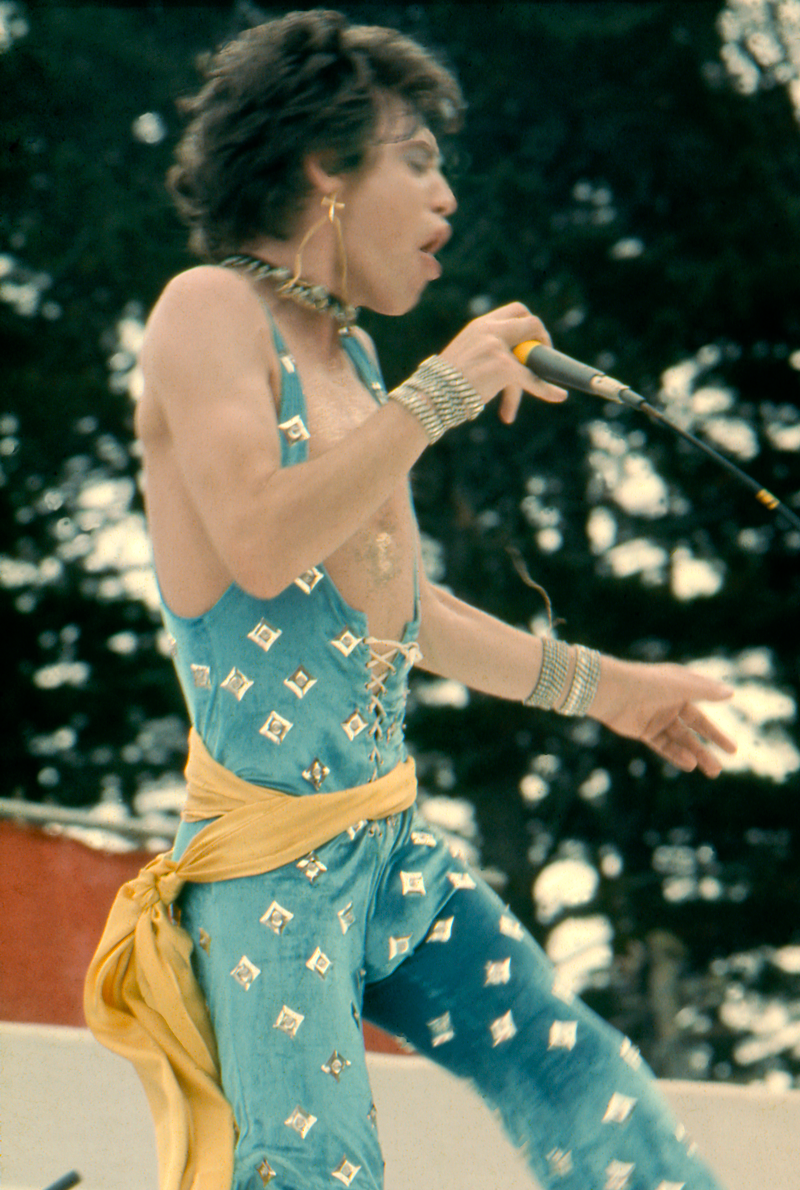 After a sad absence last year, the Big Day Out is storming back this summer in a great new home – the beautiful, convenient Western Springs. Who will be rocking the  stage on January 17, 2014? We have just over two weeks to wait for the first lineup announcement on August 1. It’s been 40 years since Mick Jagger (star of this year’s Glastonbury) pulled this spangly blue jumpsuited move at Western Springs. We’re predicting more legendary Western Springs performances. In the meantime it gives us the chance to flick back through the archives for Paula Green’s reminiscence of when The Stones came to town.

Einstein is sitting up the back on a picnic blanket.

He is wearing shorts and jandals as though

he is on holiday from the laws of physics.

Florence Nightingale has sunglasses on

her hair loose and she is reading The Female Eunuch.

There is a bright blue sky over Western Springs

thick silver armbands and a tight jump suit to match

the cloudless day. The silver diamonds could mean

anything as he struts across the stage and

pushes his chest into Sweet Virginia.

You have your eyes shut for just one second.

You think you have the moment in you

that you want to last like the instant the light

catches the hills to make them sharp

or the guitarist picks out that sweet melody.

You think you’re going to drop your plans

and go on down to Texas or New Orleans

but you are seventeen and you don’t know

what you want and you don’t know what

you need. Mick Jagger struts across

the stage in his jean jacket with his pink scarf

soaring and his midnight ramblings burning

The world is in razor focus.

As long as you’ve got a table and chair

Alfred says, that’s all you need.

He grabs Florence by the hand

and they start to shimmy and sway

to the jumping Jack beat.

Mick Jagger eyeballs the Sunday sky with his blue

Alfred pulls you up off the grass and you let yourself

fall into the whiff of the blues, country girl at heart.