Two things I’ve wanted to say a lot over the last year or so, unfortunately almost always in the same sentence: “Good programming is one of the great musical arts”, and “Where the hell were you?” Most recently, in connection with the Auckland Philharmonia Orchestra’s Voices of Youth concert on August 15, which paired Mahler’s gentlest symphony, the 4th, with the premiere performance of Ross Harris’s piercingly beautiful 5th.

Such clever programming: the symphonies are complementary in mood, linked by their use of vocal soloists, and one of them is popular enough to offset the audience’s inevitable new-repertoire-resistance to the other. So I would have said. Was the hall even half full? Oh, Auckland, the concert you missed.

When you handicap for degree of difficulty, the APO are as good as any orgnisation in New Zealand at delivering bold and interesting programmes. In absolute terms – i.e. when you don’t use the modifier “considering the need to cover some of the costs of a full symphony orchestra by selling out the town hall as often as possible” – they are well to the rear of the most consistently exciting ensemble in Auckland, and I’m going to guess New Zealand: the Auckland Chamber Orchestra.

Here are the pieces you would have heard if you had turned up to the first and second concerts of the ACO’s 2013 season: Dixtuor by Jean Francaix; Bamboo Lights by  Lei Liang; Anaktoria by  Iannis Xenakis; Creation of the World by Milhaud. Concerto for Chamber Orchestra by George Antheil; Recollections by  Brett Dean; Con Fuoco by  Lyell Creswell; Concerto for piano and wind instruments by Stravinsky. I had heard one of these played live before (many years ago, and not in New Zealand), and of the rest, I was slightly familiar with one other. As of last week, the concerts were two of the three best I had been to this year. Where the hell were you? 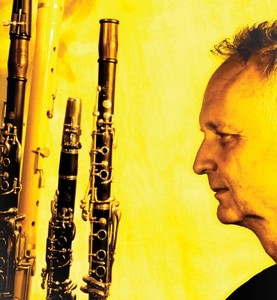 Yesterday, I went along to the only straight-down-the-line popular classics programme the ACO will perform this year: the Mendelssohn Octet followed by Vivaldi’s Four Seasons. Sure enough, the Raye Freedman Arts Centre was packed. And fair enough, because these are wonderful pieces of music. Or they can be. I was dismayed to find the rich black-forest-gateau textures of the Octet’s first movement reduced to a mushy morrass, with Miranda Adams – a musician I’ve admired for many years – simply not managing to hold her own in the crucial first violin chair. Her intonation turned shaky at speed, her bowing choices were dodgy (double-bowing long-held notes is one thing for orchestral players; solo part players who can’t do it with quicksilver smoothness should not do it at all) and she struggled to project a strong sound.

The slow second movement was passable, and for the break-neck third and fourth the eight players seemed to find a much stronger sense of ensemble, tossing the lead back and forth very nicely and maintaining a tight rhythm in some very tricky passages. Adams was much more her usual rock-solid self in these movements. Still, it needs to be said, and I would never have expected to say it: I have heard this piece played better by school children. (Okay, they were finalists in the national secondary schools chamber music competition, and had been polishing their performance for months. But professional musicians should be able to face a comparison like this without embarrassment).

The same eight string players filed in after the break, supplemented by Evgeni Lanchtchikov on bass and Indra Hughes in harpsichord. The solo part in the four three-movement violin concertos that make up Vivaldi’s Four Seasons was taken by the orchestra’s musical director, Peter Scholes, a well-known clarinetist. Wait, what?

My general feeling on string music performed on wind instruments is that life is too short, a quality it has in common with the tonal range of the clarinet. Plus, I was short on generosity after the Octet, and beginning to ask myself whether the ACO is an impressive ensemble only when you hear them play music you don’t know well enough to spot the errors. Scholes, however, took the stage behind instrument stands for not one, but four clarinets, plus two saxophones and two recorders. “Why so many instruments? It’s the only way to match the expressive abilities of the violin.”

That was encouraging. But it did not prepare me for how very well the hard, bright sound of the clarinet suited the opening movement of the Spring concerto. (Either the B flat clarinet, the E flat or the A clarinet; my eye can’t distinguish the larger two of these at all and my ear can only pick up that they’re different, not which is which). The long, long flowing phrases of the violin part were not written with a wind player’s need to breathe in mind, and very occasionally Scholes had to drop a note in order to avoid hypoxia; it did not register with me as a problem. The orchestra seemed an entirely different group from the one which had struggled with the Octet: crisp, precise playing, with a real sense of relaxed power to it.

For the second movement, Scholes picked up the alto sax, and I began to realise just how good this performance was going to be. The contrast in sound was not just remarkable, it was remarkably well judged: a much mellower, fatter music, every note spread over a slightly larger range. The strings flattened out their sound, using less vibrato and harder bowing, leaving the solo part out on its own in aural space, and Scholes started throwing in little ornamental devices, elaborating here and there on the written part. He couldn’t have done this in the fast-flowing first movement, but more to the point, I wouldn’t have wanted him to. On this jazz-invoking instrument, it felt exactly right.

And that was how it went on. Every movement, a change of instrument, a change in sound quality, and inter-related changes in soloist and orchestral playing styles. (Pairing the breathy, woody sound of the bass recorder with the harsh effect you get by having strings bow very close to the bridge was particularly inspired, and I loved the way the tiny sopranino recorder could vanish under the strings altogether when they played the same notes, jumping out into the open for its solos). As a way of waking up the audience to the possibilities of this so, so familiar music (you know how you can hear things less the more you hear them), it was wonderful; as a way of encoding the idea of the changing seasons, it was appropriate. But mostly, it was just very, very musical: a myriad of good decisions, moment by moment.

The movement which stopped time for me was the second one of the Autumn concerto, where Scholes brought out the bass clarinet for the first time. This instrument is pitched about as low as music can go without vanishing into infra-sound, and he played the piece’s running arpeggios very quietly, way down below the orchestra’s bare, equally quiet chords. It did not feel performative, as all the other movements had. It felt like listening to someone’s private thoughts. Actually, it felt like listening to the thoughts of someone long dead. It was ghostly.

To balance this, there was a single movement which did not quite work: the slow movement of Winter, also played on the bass clarinet. This, with the slow movement of Bach’s double violin concerto, is as sublime a creation as the Baroque violin repertoire contains; the cost of being so perfectly matched to the violin is that nothing else quite does the music justice. But I would have said, going into this concert, that the same was true of all twelve movements Scholes performed. I would have said it loudly.

I last heard one of these concertos played by I Musici, the internationally famous chamber orchestra who toured here last year. It’s no shame to the ACO to say that the I Musici players were no doubt the more virtuosic, but this was a much, much more exciting and involving performance. That thing where you walk out of a concert hall buzzing, wanting to talk about how wonderful it was and at the same time wanting to stay absolutely silent and treasure the memory? It was one of those performances. You don’t get too many of them. I’m very glad I was there. (The hall was nearly full, but there were a dozen or so empty seats, even so. Where the hell were you?)