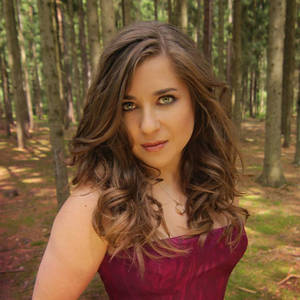 Alisa Weilerstein is everything you’d want in a cello soloist: powerful sound, dynamite technique, intelligent interpretive personality. There is no note you can play on a violin that you can’t also play on a cello, but in its uppermost register the cello’s sound becomes tenser and terser, more nervy than the violin and less lush. Most cellists, even most virtuosos, sound deoxygenated at the top of their range. Weilerstein sounds urgent. The contrast with the rich full resonance of her lower notes is extreme, and she knows how to use it.

I’ve been listening to three of Weilerstein’s CDs over the last few weeks. Two of them are mandatory stations of the cross for rising cellist stars – the instrument has had a chokingly small repertoire for most of its history – but the third is more exciting. Titled simply Solo, it brings together four pieces for unaccompanied cello, each making a different set of extreme musical and technical demands. Three of them I had never heard before. The fourth, Kodaly’s magnificent sonata for solo cello, is one of the great under-recorded gems of twentieth century music. Weilerstein opens the disc with it, and really, the rest of the CD could be filler, and I’d still want it for this.

The one-movement piece Omaramor, by Osvaldo Golijov, whose opera Ainadamar was one of the highlights of the recent arts festival in Wellington, is at once soulful and gymnastic, pushing the cello all over its range and falling unexpectedly into gorgeous slow melodies, which fragment just as unexpectedly and turn to jagged shards of sound. Gaspar Cassado’s suite for solo cello is a more substantial and expansive piece, perhaps the equal of the Kodaly. (Perhaps? Truthfully, I’ve only listened to it five time, which for music of this stature isn’t enough).

The disc’s jaw-droppingly good out-of-left-field clincher is Seven Tunes Heard In China, by the Chinese-American composer Bright Sheng. Weilerstein’s playing is authoratative throughout these pieces, but in the Sheng she’s revelatory. She manages to evoke the soundscape of Chinese traditional music – using a bare timbre, micro-variations in pitch, feathery bowing that scarcely grazes the strings, a whole suite of non-standard techniques – while also making the most of the deep, flowing sound that only a cello can produce. You occasionally hear that the classical recording industry is in crisis. It’s true enough. Discs like this – well chosen new music, lively and imaginative playing, full of passion and a sense of fun are the way forward.

Then there are the discs that remind you of why the classical recording industry is in crisis. If you enter the phrase “Elgar cello concerto discography” into google, your first hit will be a Wikipedia page listing 44 recordings. Weilerstein’s is one of two from 2012. She also has a recent recording of the Dvorak concerto. The Dvorak and the Elgar: the two great popular cello concertos, the ones orchestras programme to fill concert halls. Imagine Hamlet and Macbeth, had Shakespeare written no other major dramatic roles. You have to do them. Everyone does them. Sorry, I nodded off, are we still talking about Elgar and Dvorak?

There are a couple of moments in Weilerstein’s Dvorak concerto where she pulls at the phrasing a little too hard and distorts the rhythmic line – it comes across as the “here is my point of difference” move of someone who knows damn well how hard it is to stand out in a crowded market. But in the main she’s impressive in both these pieces. Her orchestral backing is tip-top, and, in the case of the Elgar disc, it comes with a credibility-bestowing dash of conducting royalty: the podium is occupied by Daniel Barenboim, husband and collaborator of the late Jacqueline du Pre, the cellist whose Elgar recording is still widely considered definitive.

And that’s the point I can’t really get past. Neither the Elgar nor the Dvorak needs more coverage. Each disc comes with back-up works, carefully chosen to add breadth or depth. Elliott Carter’s cello concerto is an interesting choice to accompany the Elgar; certainly a less well known concerto would be hard to find. It’s a violent piece full of energy and abrupt disjunctions, and having listened to it twice, I can’t easily imagine choosing to listen to it again. The Dvorak concerto comes partnered with six shorter Dvorak pieces, all of them more or less charming and easy to forget.

I would pay to hear Weilerstein perform even a piece that on paper did not much excite me, because in the heat of the moment, I imagine she would show me why excitement was the only right response. But there is not a lot of heat to the umpteenth version of the same piece, frozen in time forever. Go to the concert; and get hold of her Solo disc. That’s the one you want.