Review: The Blue Rose "won over" 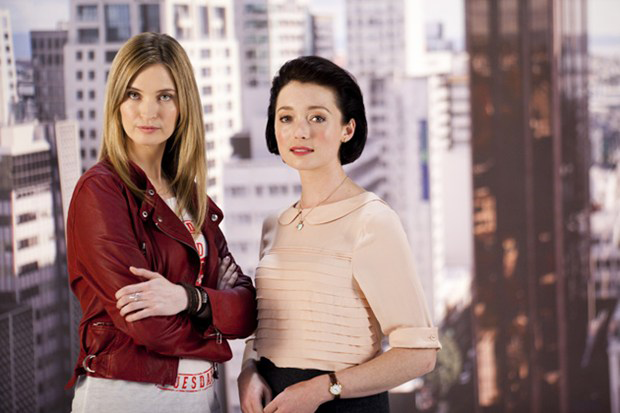 We’re already halfway through the 13-part series about murky dealings — and possible murder — at an Auckland law firm. I’m glad I didn’t rush to review The Blue Rose when it first hit our screens because, after initially finding it hackneyed and ridiculously over-praised (one critic claimed it made her “almost weep with joy”. Really?), I have been won over.

Yes, the writing still has the odd cringeworthy line, but nothing as bad as “Get that Les Mills-toned arse in here” or the digital developer who spoke of sending information “out into cyberspace”, both from early episodes.

Yes, the acting is still of variable quality, to put it kindly. And yes, the pacing is all over the place: too much of it either drags (try as I might, I can’t care about Ganesh’s love life, or Sonya’s avenging angel schtick) or whizzes by too fast.

But Antonia Prebble, as sweet heroine Jane, has the luminous, wide-eyed presence of a genuine movie star: she says more with a single look than a whole page of exposition-heavy script. Auckland’s urban core, all neon light and gleaming black water, has never looked better (shame about that homeless problem round North Wharf though. Who knew?).

Recent episodes have shown flashes of real humour — it may just be the Metro in me, but I laughed aloud at scenes featuring the slimy social photo­grapher and vapid model/actress. More of them, please.

And best of all, right around the halfway mark, the series came up trumps with a genuinely shocking moment: poor little former rich-boy lawyer Charlie drawing hard on a P pipe. That makes two addicts. Congratulations, The Blue Rose, I’m hooked.