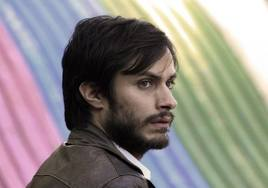 No begins as if it might be South America’s answer to the TV series Mad Men: René (Gael García Bernal) is showing clients a zingy commercial for a soft drink that promotes an image of a young, upbeat Chile. But any similarity between René and Mad Men’s wunderkind Don Draper begins to evaporate when René is asked to work on the “No” campaign for a referendum to decide whether dictator Augusto Pinochet should get another eight years in office.

Initially, René is unmoved, not least because his career has thrived under the regime, and the 1988 plebiscite is widely seen as a sop to counter foreign criticism of Chile’s repressive government. However, he gradually becomes convinced the No faction could — and should — prevail. The immediate problem, however, is that his ad agency boss Lucho Guzman (Alfredo Castro) is a staunch Pinochet supporter and has close ties to a government minister promoting the Yes vote.

The film turns on the struggle between the ad men and the factions they represent. It’s a little disconcerting to be reminded so vividly just how easily a public campaign (in this case, using sunlit fields, modish dancers and a rainbow logo) can change voters’ minds, although René is so clearly on the side of the angels that such uneasiness never seriously threatens the film’s dramatic appeal.

In fact, its biggest problems are the decision to use a fuzzy, period video camera to film it, and a meandering beginning, which may prompt impatient viewers to consider cutting their losses and leaving the cinema.

That would be a mistake.

After a slow beginning, No develops into a powerful and moving film that shows how even the most repressive govern­ments can tumble when confronted by brave, determined and imaginative opponents.