The NZ International Film Festival is 50 years old this year – find out how they choose the line-up from long-standing director Bill Gosden. 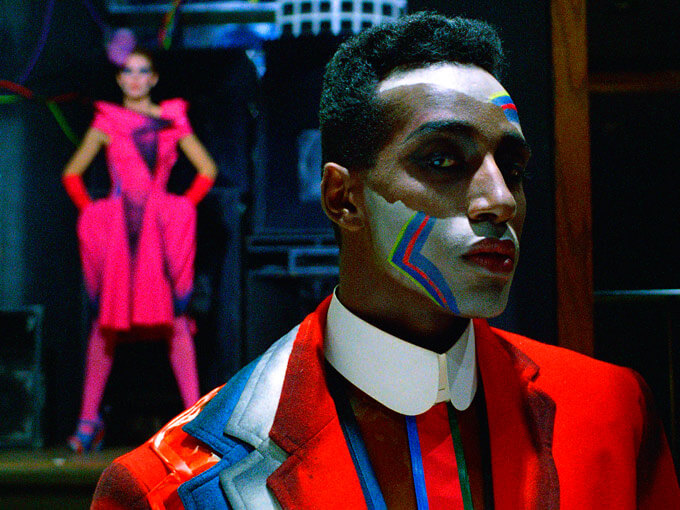 The film festival is 50. Metro talks to its long-standing director and to three film-makers with movies in this year’s programme — and picks what not to miss this time around.

Bill Gosden laughs at me when I ask him to tell me about his time at the New Zealand International Film Festival. This is the festival’s 50th anniversary year; he has been working there since 1979, and director since 1984. We have 45 minutes to talk, and I’ve just asked for his life story.

Technically, in fact, the New Zealand International Film Festival did not exist until 2009, a clarifying rebranding of the nationwide web of regional film festivals. Gosden had been stringing that web together since 1984, when the Auckland and Wellington film festivals merged and he became director of the new joint entity. He had previously been the administrator of the Wellington Film Festival, and if you’re curious to know why a Wellingtonian took over running Auckland’s festival, the answer is that the Auckland organisation hadn’t been on the ball.

“The early years of the Auckland festival had incredibly impressive programming. They were managing to secure films which people still watch today,” says Gosden. “That was not the case in the early 80s. They treated some quite zeitgeisty films of the day very poorly, running them in obscure time slots or not at all, and at the same time they were doing things like running one of David Hamilton’s erotic films with a programme note describing it as a young woman’s charming coming-of-age tale. Really quite disconcerting. That kind of thing brought the festival in Auckland into a degree of disrepute; the feminist disdain they came in for was substantial. The crowning mistake they made was turning down a film called Liquid Sky, which screened in Wellington in 1983 and was an enormous hit. This was a film which ran for four years in New York.”

Liquid Sky will screen this year, as part of the 50th anniversary programme strand, which is otherwise bringing back significant films from the festival’s five-decade history. “Not an easy selection to make — how do you pick the highlights when we’ve shown hundreds and hundreds of films? We’ve tried to pick films which are still going to speak to people now. And, of course, there needs to be a good-quality print available, which inevitably cuts down our options. There are only two theatres left in Auckland which can still project 35mm film.” Those would be the Hollywood, in Avondale, and the mighty Civic. “Digitisation has been a mixed blessing, from that point of view.”

The shift to digital technology has been the largest single change in the festival’s operations over Gosden’s four decades: not just digital distribution and projection, but the associated change to a global instant-information culture. The day after we spoke, he was scheduled to sit down and watch most of the major prizewinners from the Cannes Film Festival, which had wrapped one week earlier. “Back in the day, those films would not have reached New Zealand for three years.” 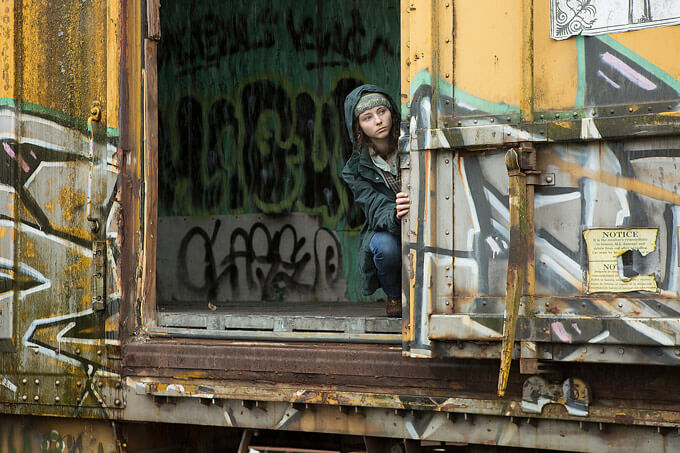 It’s eight years since Debra Granik electrified the film world with Winter’s Bone, a low-budget indie drama which announced her as a major directorial talent. Set in a backwoods Ozarks community whose economy is dominated by meth labs, it garnered four Academy Award nominations, one of them for its star, the then-unknown Jennifer Lawrence.

Granik’s new film, Leave No Trace, is her first drama since Winter’s Bone — she has made one documentary in the intervening years — and again focuses on the experience of a teenage girl living a hardscrabble life outside the American mainstream, and again, the girl is played by an unknown actress. Unknown to American audiences, anyway. New Zealanders may recognise Thomasin (“Tom”) Harcourt McKenzie from Shortland Street.

“When Tom’s audition tape came in I was like, Oh my gosh, I can’t even consider this person because she’s from so far away and there was never an understanding that we’d be, like, importing someone for this film, because it’s quite a humble film,” says Granik. “But her audition really stuck. She had prepared very methodically, and gone to great lengths to show many different facets of the character.”

McKenzie plays the daughter of a military veteran whose way of dealing with the psychological aftermath of combat is to withdraw from society as absolutely as he can. The film, an adaptation of Peter Rock’s novel My Abandonment, opens with the two of them living wild in a huge public park outside Portland, Oregon. After a stranger spots McKenzie’s character deep in the woods, social services become involved, and she discovers that her happy minimalist life is not everyone’s idea of a healthy childhood.

“Films come to me,” says Granik. “You step on some theme, you cross paths with someone, you see something. In this case, someone passed me the novel and I responded to the environment — the Pacific Northwest’s temperate rainforest; on the photogenic level, and as a dramatic landscape, it looked like a very strong place in which to tell a story. Plus, I like the way a naive or unjaded narrator can allow you to see your own culture. She’s not politically outspoken, but through her eyes you see both benign things and kind of haranguing, alienating things. And then her father — what does it mean to opt out, to be nonconforming?”

Granik very consciously works at a low-budget level, which is one reason it was important to her to cast an unknown as her lead. “I don’t want to spend the kind of budget that could bring fresh water to an entire village somewhere. Anything in those astronomical figures, that’s not a trophy I’m seeking. Hence the introduction of new talent. I want to work with someone who sparks me, but doesn’t have a price tag hanging off their neck.” 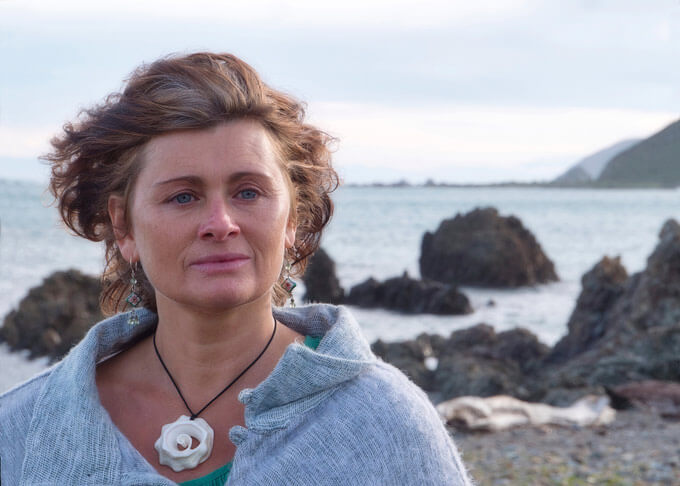 “I didn’t want to make a film about Centrepoint,” says Costa Botes. The veteran documentary maker’s new feature is very much about Centrepoint; viewers who have been only distantly aware of the history of the notorious Auckland commune will find their jaws dropping repeatedly as they discover what went on there. But Botes has deliberately avoided making Centrepoint his primary focus.

“What happened was, I was approached five years ago by Anke Richter [a journalist based in Christchurch] who was writing a book about Centrepoint and wanted to know if I was interested in making a sort of companion film about the place. I said no, because I didn’t want to put myself into that headspace — of having to deal with scores of damaged, unhappy people. There are literally hundreds of Centrepoint survivors; it would just be gruelling. And anyway, that’s not what I do. I prefer to make character-based films, rather than ones about institutions. I said to Anke that if I could find a character whose story summed up the Centrepoint experience, I’d be interested. She said, you need to talk to Angie Meiklejohn.”

Angie is Meiklejohn’s story: a detailed, nuanced portrait of someone badly let down by all the people who should have protected her as a child, and of the ongoing consequences in her adult life. “It’s a record of one woman’s experience,” says Botes. “If you look at all my previous films, they’re about one thing, and that’s persistence. Persistence of passion, particularly. I’m drawn to characters who hang on and don’t give up their core beliefs. Angie is just a remarkable person. She’s had so much to deal with, and it’s not like it’s been easy, but she does deal with it.”

An arts-school student who went on to review film for Wellington’s Dominion newspaper for 10 years, Botes had always seen himself as the future maker of dramas. “But I think, to be honest, I wasn’t that great at drama. It just wasn’t my strength.” He discovered his talent for observational documentary when Peter Jackson hired him to make a behind-the-screens feature about the making of The Lord of the Rings trilogy.

“Best job I ever had,” he says. “Observing people, capturing reality from lots of angles and making it cinematic. And then I began to steep myself in documentary, and discovered that guys like Werner Herzog and Wim Wenders were doing things that were way more interesting than the average Hollywood movie. And I realised, this is what I want to do.” 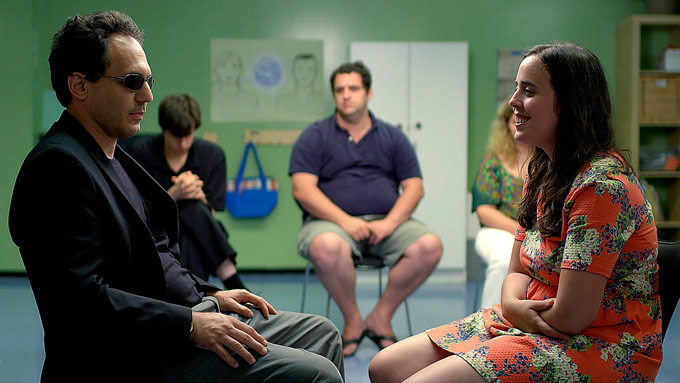 Rachel Israel met Brandon Polansky, the star of Keep the Change, her first feature film, 17 years ago, when he asked her for a date in a live-drawing class. “His approach was what you might term methodical. He was going from easel to easel, hitting on every woman there.” They got to chatting, and though the date did not eventuate, Israel found Polansky interesting enough to stay in touch with him, and they became friends. She knew nothing about autism then, but it was clear he was a person whose considerable intelligence was challenged by some aspects of social interactions.

“The idea of making a romcom in which Brandon would play a version of himself grew out of years of friendship, and in particular out of watching him negotiate his first real relationship, with a woman he met at a New York support group for adults on the autism spectrum,” she says. “I was originally planning to cast Brandon opposite a neurotypical actress, but we tested out literally a hundred actresses and it just didn’t work; it was like looking at something made with two different materials; it was like watching a split-screen. An actress who’s having to work to inhabit an autism persona — and these were professionals, doing a fine job — is just going to have a different performance style from someone who inhabits it without thought. Brandon’s still acting, but he’s not having to play the autism.”

In the end, with the exception of the actors who play Brandon’s parents, Israel drew her entire principal cast from the members of Brandon’s support group. She worked with them for several years, developing their characters, before shooting the film based on a script combining fixed story beats with a lot of freedom to improvise. “The way we handled each scene in the edit was to go through all the takes and find the moments where the characters felt most alive, where the performances were exciting. And then we would make sure that that became the meat of the scene. The key to working like this is the writing — I needed to know we had a strong script, so that when we’re doing it we’re dancing, but we’re dancing in a framework. We might have all these tactics to get what we want, but we do know what we want, we know where we’re going.”

Metro is a proud sponsor of the NZ International Film Festival (July 19 to August 12), and presenting sponsor of closing night film, Cold War, winner of Best Director at Cannes.