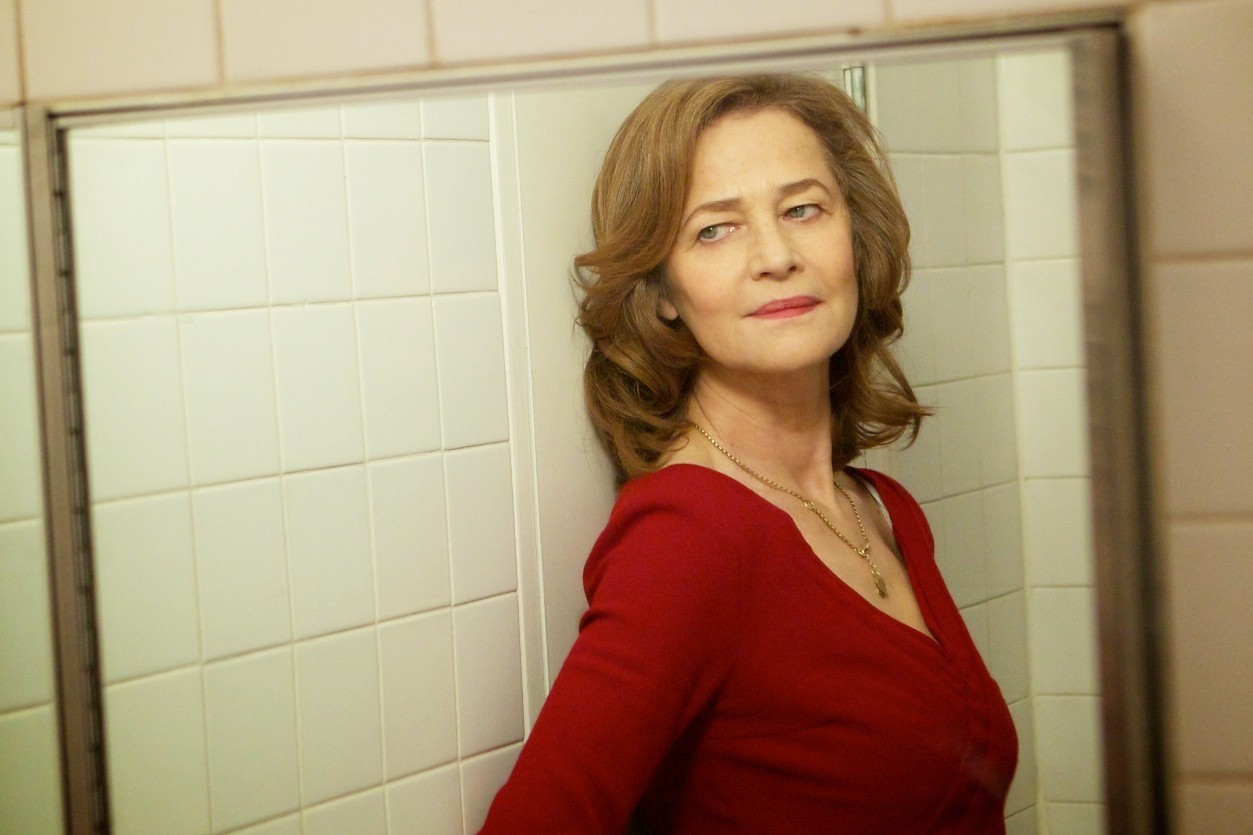 Charlotte Rampling in I, Anna

Sky’s Rialto channel screens I, Anna tonight at 8.30 – a noir thriller starring Charlotte Rampling and directed by her son, Barnaby Southcombe. His father and Rampling’s ex-husband, semi-legendary New Zealand bon vivant Bryan Southcombe, died in 2007. Metro writer Steve Braunias attended the funeral, and wrote about it in the Sunday Star-Times.

Who was that masked man? Bryan Southcombe was bold as brass, larger than the usual laconic New Zealand life, knew people (Mick Jagger, Roman Polanski) who knew people (Jack Nicholson, Helmut Newton) who all knew him, and was eulogised at his funeral in May 2007 as one of the great raconteurs. But he held no particular claim to fame. He was like an urban legend.

The passing of a curious figure in New Zealand cultural history was observed at St Matthew’s in downtown Auckland on a Wednesday morning by a packed congregation. Names included Max Cryer, Kerre Woodham, Mikey Havoc, Karen Soich, Bill Ralston, Catherine Saunders, David Beatson – together, a form of life known as media people. Family included Southcombe’s son to ex-wife and film star Charlotte Rampling; Barnaby Southcombe had flown in from London, where he works as a TV director. His credits include Footballer’s Wives.

There were hymns and the wearing of ties. Afterwards, there was a function at a yacht club in Westhaven marina. The food was cold cuts and bread rolls, the barman poured champagne. It had the familiar dazed air of the living who gather to remember the dead – no one wanted to laugh too loudly, daylight felt too strong on the eyes, stories were told and told again. Southcombe was all about stories.

He was born in Nelson in 1937. After working as an agent for a French airline, he legged it to London around 1963, 1964, and formed an entertainment PR company with two other New Zealanders, Judith Heard and Matthew West. It was a success. Their clients included Judy Garland, Rock Hudson, Gary Glitter, and that amazing hairball, the Maharishi Mahesh Yogi – Southcombe’s firm introduced “Sexy Sadie” (John Lennon’s song about the Maharishi) to the Beatles.

There were fabulous Christmas parties at an Elizabethan watchtower in a country estate, owned and redecorated by the three expatriate Kiwis. Yes, said his friend Noelene Gillies, Southcombe was “groovy” – beautifully cut suits, the latest shirts. Famous people were everywhere. You’d look across the street from their office and see Jimi Hendrix walk by dressed in panne velvet. In 1972, Southcombe married actress Charlotte Rampling, one of the great beauties of the age.

They were together at the height of her fame, when she starred in The Night Porter, a study of erotic depravity filmed in a disinfected TB hospital outside Rome. Southcombe took her home to meet his parents in 1974. The visit was immortalised in beautifully detailed prose in the Auckland Star: “The slim-slim blonde who you might have seen in a faded blue denim bikini swimming at Narrow Neck on Sunday is screen actress Charlotte Rampling…Charlotte, vegetarian, smoker of pungent Disque Bleu cigarettes, says they live in St Tropez as French locals, buying local wine from the hose in their own container, and paying $1.05 a gallon for petrol for their Mercedes.”

The marriage began as a tabloid scandal. They shared a London flat in a menage a trois with male model Randall Laurence, better known as Randy. “He was divine,” said Gillies. His name came up at the yacht club; people said he had joined an ashram in California, and last heard of him working as a radiographer in Hawaii.

Southcombe worked as his wife’s business manager. They hauled in good loot – she was the third highest paid actress in the world, behind Barbra Streisand and Liza Minnelli. In 1976, she announced she would take a year off filming. Southcombe told reporters: “We want four children and we don’t care who knows it.” But they separated that same year. Rampling met composer Jean-Michael Jarre one day, and left Southcombe the very next day. The gossip pages linked Southcombe to heiress Isbael Richli; another measure of the kind of life he led is that he was lent a villa on the Riviera by a friend with the name of Lord Bangor.

In the golden age of the international jetset and Eurotrash, Southcombe stayed on in St Tropez, where he was regarded as the unofficial mayor – the best table in the best restaurants, always an audience for stories of his latest adventures. There was the classic one about being the guest of President Bongo of Gabon, and then his hostage; it involved a pygmy who was Southcombe’s driver, but had to stand up to reach the pedals.

He returned home in 1991 (Auckland Star headline: “One-time husband of film star back in New Zealand to stay”), and busied himself with schemes that never got off the ground. He tried his hand at promoting fitch fur. Oddly, he launched the fashion range at the height of summer. It flopped; his business partner Owen McShane still has the fur coat that Rachel Hunter modelled, now hanging in a cupboard. Southcombe then organised a sailing regatta of wooden yachts; his rich and titled European cronies answered the call, the race was held, but sponsorship deals fell through. He saw himself as the charming and avuncular front of house at a luxury resort at Piha beach, but planning consent was denied. McShane: “That was his last shot. Bryan was frustrated he couldn’t make things happen here.”

He got on with the more serious business of entertaining. Southcombe became close friends with the late Neil Roberts, who knew a thing or two about enjoying life. “We were always at Neil’s,” said Kerre Woodham. “Food and drink and witty, marvellous, splendid talk. Bryan talked like it was an Olympic sport. You wanted him to notice you, to be his chosen child.”

He was kind, supportive, urbane, gentlemanly, and for a while even affected the wearing of cravats. He was never about high art – his one film role was in The Man With Two Heads, alongside a cast of other nobodies. His friends worked in PR; Roberts ran television company Communicado, then TVNZ, in the golden age of dumbing down. “Bryan was a media man,” said Gillies.

“Life for him was one big laugh,” said David Beatson. But it wasn’t like that. Other friends said Southcombe never really got over the break-up with Rampling, and that the former mayor of St Tropez sometimes felt stranded in prosaic New Zealand. There was melancholy and a sense of failure behind the dazzling, hilarious bonhomie.

The coffin was carried out of the church and taken to Purewa cemetery. The congregation rose to its feet. When he left this world, Southcombe was given a standing ovation.