This unnerving tale of oppression, obsession and privilege is a bloody relief after decades of pleasantly boring Downton Abbey-style period dramas. 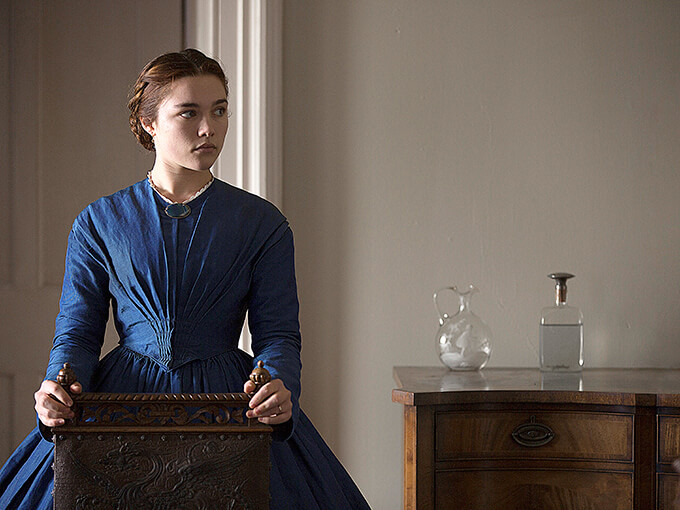 Opening with the wedding of 17-year-old Katherine to a much older man (she has been sold to him with a small parcel of land), Lady Macbeth is a bloody relief after decades of pleasantly boring Downton Abbey-style period dramas. In Katherine’s first bedroom conversation with her new husband, we see the sparks of a passionate and self-respecting young woman; within minutes, her strong will and ripe-as-a-peach sensuality are cruelly suppressed, and her sole chore seems to be to sit around indoors, trussed up in a corset, waiting to deliver an heir to the household. There’s no piano, no needlepoint, no visiting sisters. The silence is ominous.

When her husband and father-in-law go away for an extended period, Katherine goes exploring, ending up at the stables, where some weird hanky-panky is going down. One thing leads to another and soon hunky-yet-dim estate worker Sebastian (he puts the “thick” in Gothic horror) is in her room trying to rape her, until she lunges lustily at him, which is all very distasteful, but not nearly as bad as what’s to come.

This unnerving tale of oppression, obsession and privilege, adapted from the Nikolai Leskov novel Lady Macbeth of the Mtsensk District, is sparingly directed in a stylish debut by William Oldroyd. His master stroke is the casting of Florence Pugh as Katherine, with a particular nod to costume designer Holly Waddington for the chillingly extravagant blue dress Katherine wears, a material prison for her lush young skin.

Lady Macbeth holds back on the soundtrack, too, so that we may take our time figuring out what to feel. And what we might feel is complicated. Even while we may cheer for her as she devises ways to subvert her circumstances, we reel in horror at what it means for those around Katherine: her black maid, her lower-class lover, a visiting child. Intersectional feminism, this ain’t. The freedom of a white woman always comes at somebody else’s cost.