This is a small, tightly focused story, and it recreates 1980s London so well it’s hard to believe most of it was shot in New Zealand. 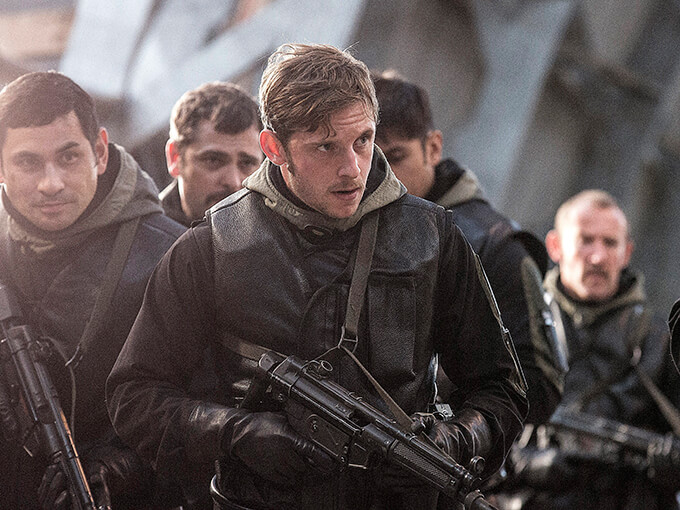 Following Toa Fraser’s directorial career is like following a quick-change disguise artist through a dense crowd. He’s here, he’s there, he’s… wait, surely he wasn’t in full-face moko before? Damn it, now he’s in a tutu. Lost him again… is that him in the middle of that SAS squad?

Fraser has made six feature films, and the pattern of his emerging career is that there’s a career, but there isn’t a pattern. No 2: Pacifica family drama set in Mt Roskill, from Fraser’s own stage play. Dean Spanley: Edwardian English reincarnation comedy/fantasy, from Lord Dunsany’s novella. Giselle: filmed Royal New Zealand ballet production. The Dead Lands: Maori-language revenge drama set in pre-Pakeha Aotearoa.

This all-over-the-map filmography amounts to a rigorous test of Fraser’s versatility, and he has yet to make a bad movie. If you’d asked me a week ago whether he has a weakness, I would have said just one: on the evidence of The Dead Lands, in most respects a remarkable film, his ability to construct a fast-moving action sequence was questionable. But now I’ve seen 6 Days, a tense, tight procedural which would fall down dead in its final act if its director could not handle fast-moving action. Fraser and his editors (John Gilbert and Dan Kircher) knock it out of the park.

London, 1980. The Thatcher prime ministership is less than a year old. Terrorists seize control of the Iranian Embassy and announce they will begin executing hostages at noon the next day unless the British government persuades Iran to release Arab prisoners. A stand-off ensues, with police negotiators, SAS troopers, media, and political overseers all jostling against one another under extraordinary pressure.

Glenn Standring’s screenplay maintains scrupulous neutrality on the underlying political and moral questions, allowing all the characters their own points of view. The cast is numerous enough that none of them gets a great deal of screen time, but Fraser is very well served by his actors: in particular, he gets first-rate performances from Jamie Bell, as the young SAS squaddie chosen to lead any eventual storming of the embassy, and Mark Strong, as the police negotiator trying to head off a violent outcome. Both characters serve as evidence that a role can be thinly drawn on paper and come vividly to life on screen.

As with any siege story, the film is more about escalating tension and the potential for things to go wrong than about action, but the moments of action that do occur are the story’s linchpins.

Fraser makes superb use of Lachlan Anderson and David Long’s score — the film is a masterclass in how to ratchet up suspense though well-deployed music — and the scenes in which the SAS rehearse various possible siege-breaking scenarios at once break up the stillness of the siege itself, and feed into the gathering sense of imminent showdown.

Fraser maintains an exemplary balance between telling us enough for clarity and leaving enough unclear for visceral you-are-there punch.

This is a small, tightly focused story with a great deal of geopolitical resonance, and it recreates 1980s London so well it’s hard to believe most of it was shot in New Zealand.

This is published in the September – October 2017 issue of Metro.