Why I read Marilynne Robinson

She won a Pulitzer Prize for Gilead, and Lila, the third book in the Gilead series, was longlisted for the 2015 Man Booker Prize.

Essay by Kate Duignan, illustration by Wesley Allsbrook (for the New York Times).

This article was first published in the October 2015 issue of Metro. 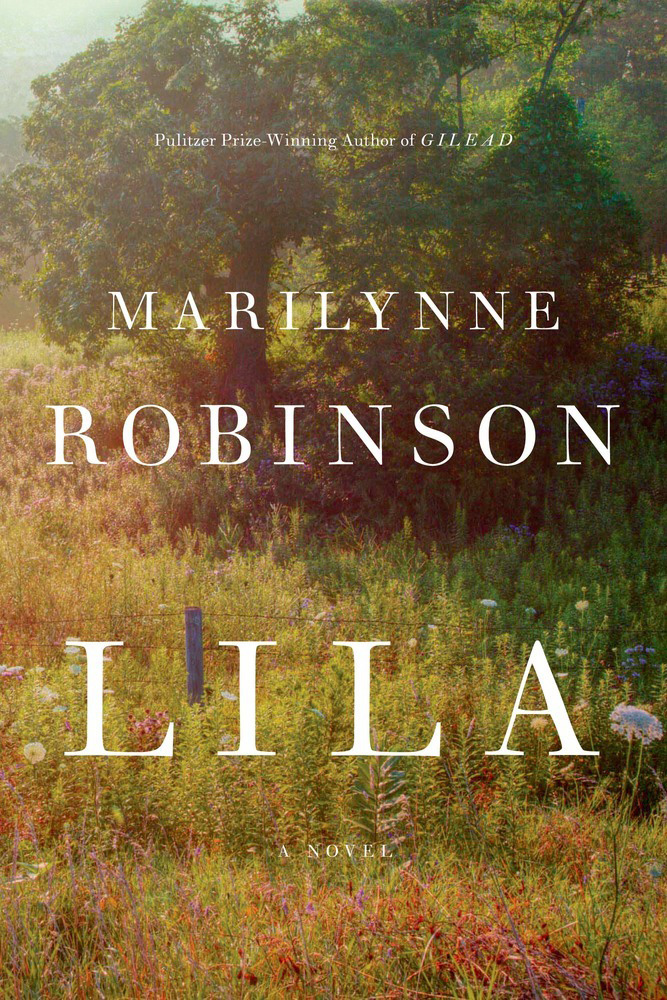 It’s not prose that snaps and pops and references half the internet. It’s not Jonathan Franzen. Lila is the slowest and most retrospective-looking of Marilynne Robinson’s three Gilead novels, delivering the backstory of John Ames’ wife, who arrived in town as a vagrant worker with a knife strapped to her leg. Lila spends a lot of the novel sitting in quiet rooms thinking about her past: after reading it, a friend of mine said, “She certainly tried my patience.”

Robinson is all about patience. Line by line, scene by scene, she traces out people oscillating between trust and fear. She knows how to work imagery. She takes an element — fire in Gilead, water in Housekeeping and Lila — and builds her text out of it, so that the entire novel feels watery, feels fiery. “I love this town,” John Ames says at the end of Gilead. “I think sometimes of going into the ground here as a last wild gesture of love — I too will smolder away the time until the great and general incandescence.” This is a great sentence even in isolation, but after all the literal and metaphorical fires inside the novel, it delivers the same kind of satisfaction that comes when a jazz melody finally, finally resolves.

Robinson is famous for the 23-year gap between Housekeeping and Gilead, then the “rush” of three novels in 10 years. The Gilead books are set in the same Iowa town in the 1950s and share the same handful of characters and some of the same happenings.

Line by line, scene by scene she traces out people oscillating between trust and fear.

Two of the books turn on the revelation that “worn, modest, countrified Gilead, Gilead of the sunflowers”, a town founded in the heat of the abolitionist cause, has become a white enclave. Some critics miss it, but these are quietly furious novels, historically and politically engaged. They are novels which speak to Ferguson and to Charleston — where President Barack Obama invoked Marilynne Robinson in his eulogy for the slain Rev Clementa Pinckney.

Most of the plot tension in the Gilead novels hangs on slender stuff, theological conundrums: who is and isn’t going to get into heaven, who is and isn’t predestined for salvation. Um, awkward, right? As Robinson herself has pointed out, a novel about an old dying pastor in small-town Iowa wouldn’t be anyone’s pick for a hit. So how is it her fiction resonates so strongly?

Well, she’s not joking about the Christianity. She’s a practising Congregationalist, she preaches, she speaks on the Psalms. She’s written passionate essays about Calvin. Christian literary journals are full of articles about Marilynne Robinson.

But I love what critic William Deresiewicz wrote about Housekeeping: “The novel’s intimations of loneliness and loss, its sense of the undertow of transience that draws the living ineluctably down toward the dead, are too unconsoled to be denominated Christian.” Housekeeping, for my money, is the strangest and loveliest of Robinson’s books.

I think this unconsoled spirit is there in the Gilead novels too. Home is sad and bitter and unrelenting in the same way King Lear is all those things. Shakespeare sits inside the novel every bit as much as the parable of the Prodigal Son.

Robinson herself talks about loneliness as “the default state of the human soul”. I think it’s these tones, this “existential orphanhood” as Deresiewicz calls it, birthed somewhere between classical Greek tragedy and the howling coyotes of the Wild West, which turn these novels into art.

I read Robinson because better than any other novelist I know, she writes of the stubbornness, the doggedness of human love — love for an alcoholic son, a suicidal brother, a dead foster mother, an eccentric aunt. She writes how these loves reduce us, hold us hostage, set down our work for us, and how, at the same time, we’re comically-tragically doomed never to quite see the person we love.

And I read Robinson for her sentences, for the way that cool loneliness seeps up through her prose, like the ghost lake that rises up under the town of Fingerbone in Housekeeping: “A narrow pond would form in the orchard, water clear as air covering grass and black leaves and fallen branches, all around it black leaves and drenched grass and fallen branches, and on it, slight as an image in an eye, sky, clouds, trees, our hovering faces and our cold hands.”