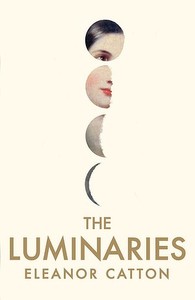 I associate the workings of The Luminaries, Eleanor Catton’s second novel, with quantum mechanics. For one thing, the novel is being defined at every moment by the very bounds of its reach — and for this reason character, structure, and tone require a roomy landscape of diversion to operate.

And just as no two electrons can occupy the same quantum state, thus giving rise to the twin ship of wave and particle, each storytelling element of the book seems to have a double, and each unit in the pair to divert elastically from the other along an independent yet connected path. In the hands of Catton, an eloquent and ambitious storyteller, the novel’s limits become intimate because they’re consistently and strenuously pushed.

I was struck by the sense that The Luminaries could easily have been written under 1860s inverted skies (to paraphrase character and lead investigator Walter Moody). What might a supreme Victorian-era mystery novel have looked like if it had been penned during the gold rush and set in Hokitika, New Zealand?

The Luminaries has a strong 19th-century literary “firmament”: like many Victorian novels, it’s large and it boasts complex characters whom the author keeps shy of providing with modern psychological depths. This is no criticism: these pitch-perfect qualities lead to one of the most successful feats of tone I’ve been fortunate enough to experience.

The Luminaries, pegged as an “astrological murder mystery”, is structured around the movement of the stars over 1860s Hokitika. Once mapped, the author used these patterns to generate a character “chart” in which the protagonists represent a “stellar” or “planetary” sign, and where each setting is a “related house” or “influence”. Structurally, each chapter is about half the size of the previous, thus generating a marked increase in pace in the second half.

I couldn’t quite fit astrology with the novel’s Victorian-era bedrock: there is a séance, but is the occult enough of a bridge to astrology? And while the astrological patterning runs companion with the pace of the novel, and augments the Victorian verisimilitude, I experienced the astrological structure as something that seemed to want to haunt me out of the story at times.

When I finished the novel, my opinion changed completely. I was haunted by the book’s deeper premise: twinship, and a quantum kind of twinship at that, with wave and particle, tone and structure zooming in different directions but sharing the same fate-line.

The novel’s spirit is its structure. It enables moments of historical estrangement that kept me (surprisedly and delightedly) immersed in the strangeness of the historical past.

Catton smartly offers up false moments of “astrological” prescience and meaning to give the reader a critical perspective from which to examine all that seems archetypally fixed. She keeps her “age of mirrors, tenacity, instinct, twinship and hidden things” fresh, reflexive and engaging.

As Emery Staines, one of the seven “planetary” characters, says, even if you have been lucky, “Luck is never the whole picture.” Each whole reality, like each character and their quest for redemption, is tied to a branching fate that might be as rusty as it is well-oiled, as belonging to some imagined old world as it is to some re-imagined present.

The Luminaries is tenacious, radical, thoughtful and thoroughly enjoyable. Reading it is a little like being redeemed as a reader — I felt myself to be very like a companion character, a tarnished thing, born of contradiction and springing from the interaction of twinned fantasies, mythologies and perspectives. –Rachel O’Neill 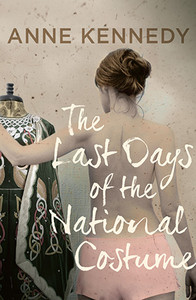 The Last Days of the National Costume

A decade and a half since the desperately underrated A Boy and His Uncle (1998), Anne Kennedy’s fourth work of fiction is her biggest, her breeziest and her most compulsively readable. Kennedy has always been a “writer’s writer” but The Last Days of the National Costume seems destined to bring her a much wider audience.

The national (Irish) costume of the title appears in the form of a dancing dress. It’s a woman who brings it in, but a man who, with various complications, arrives to collect it. Her interest aroused, GoGo fails to fix the dress, but succeeds in drawing him back for repeated visits in the course of which she “unravels” his story. And so the Client, as he’s known, becomes the novel’s second narrator. The story of the dress is an account of the Troubles, of his family’s emigration, and of the baggage they brought with them.

If the blackout isn’t suited to fine work with a needle, those long dark evenings without television or computers are the ideal occasion for an immersion in oral storytelling. And what a fine storyteller Kennedy is. As a scriptwriter, an outstanding narrative poet (The Darling North is her third book in a row to be short-listed for the national poetry awards), and before that, back in the 1980s, a crafter of intricate metafictions, she’s a writer who has thought long and hard about how to unfold a narrative. The rewards of all this are more than evident in her performance in this novel.

GoGo is the easiest of narrators to love: smart, funny, self-deprecating. She’s not the cool, acidic type we have often met in recent novels by women about sex. She loves the sound of her own voice; and she loves the whole business of spinning a yarn. Among her skills is what is called “invisible mending”, which like much of her stock-in-trade sounds suspiciously like the kind of thing a novelist does. Except that, as she points out, it’s not really invisible. The eye passes over it, but the expert can always spot it if they look hard enough.

The Last Days of the National Costume is a complex experience of precisely this kind. Too smart to try to be entirely seamless, it’s such a good story that most readers won’t care. –John Newton 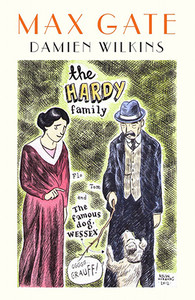 A new Damien Wilkins novel is cause for celebration, not just because Wilkins’ character­isation and prose are superbly crafted and engaging, but because we can never tell quite which way he will jump — even given his trademark mastery of comedy of manners.

In the past several years, Wilkins has produced some surprises, with the psychological quasi-crime novels Chemistry and The Fainter and the more philosophical Somebody Loves Us All. This new work, Max Gate, is biographical fiction with a twist — the last weeks in the life of the eccentric English novelist Thomas Hardy are recounted by his more level-headed maid, who looks back 60 years to 1928 at Max Gate, Hardy’s house in Dorset. As the great man approaches death, the narrative takes off in a thrilling and thoroughly postmodern way — what to do with the body? This is Wilkins at his luminous best, on a par with his stupendous Little Masters from 1996. Max Gate is a triumphant take on a literary heritage and on a period in history that resounds with contemporary concerns.

Although we meet Hardy only indirectly, he is the epicentre for a group who are dependent on him, admire him, and yet wait vulture-like — as we do — for his death. They include the maid, our narrator and guide Nellie Titterington; Hardy’s compromised second wife Florence; an array of literary legends like J.M. Barrie; and Alex, a local journalist who is sweet on Nellie but sweeter still on landing a scoop — Hardy’s death.

We might recognise in Alex a desire to break the bonds of class and region, like Gabriel Oak in Hardy’s own Far from the Madding Crowd and Jude in Jude the Obscure. Likewise, Tess could have been Nellie if things had gone better for the disenfranchised girl of the d’Urbervilles.

Nellie is observant, erudite, and apparently has received some education since her days in service. Nellie’s voice is one of the glories of Max Gate. Its odd reach is reminiscent of Colm Tóibín, but has its own poignant singularity; in good characterisation there is no “normal”. Nellie’s “memoir” appears to answer Virginia Woolf’s lament in Three Guineas, that there were no lives of maids in the Dictionary of National Biography. Attributing to Nellie the gaze at Hardy establishes Max Gate as a feminist text.

Hardy walks into the novel already formed, of course, and Wilkins astutely avoids far-fetched “fleshing out” (the curse of much fictional biography). Nellie renders an emblematic Hardy in aching detail.

We find an inward-looking man who sat writing while his first wife died, yet played the radio Children’s Hour to his dog Wessex. Hardy’s class-consciousness extended literally to the underdog. When Hardy asks Nellie who the best visitors to Max Gate have been and she suggests the poet Siegfried Sassoon, Hardy comes back with “the kestrels and sparrowhawks… the ground beetles and wild boar…”.

Nature is a powerful presence — animals, fields, “the crinkled waters of the Frome” — echoing Hardy’s personal and political engagement with the land. This is a novel with its feet set in the agrarian sector that much of New Zealand settler culture sprang from.

In 1928, an industrialised England could still nod at its bucolic past, and it is that crossroads of hope and foreboding that is summoned so dynamically in Max Gate. Nellie is the last of the servant class, England is still connected to the vestiges of empire, but other depressing events of the 20th century are yet to come.

Wilkins honours Hardy with a profound reflection on how we are now, on the cusp of goodness-knows-what. Max Gate is an unsettling book, but, like all great writing, uplifting because of its artistic brilliance. Wilkins is one of the best novelists of our time, and Max Gate deserves a very wide readership. –Anne Kennedy

The Bright Side of My Condition 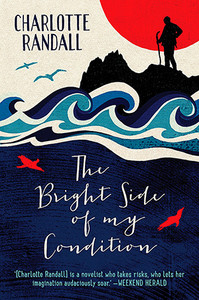 Charlotte Randall’s The Bright Side of My Condition, taking its title from a line in Robinson Crusoe, is the story of four sailors abandoned for a decade on the Southern Ocean. Caught between the devil and the deep-blue sea, as they say, the plight of the quartet is skilfully rendered, but the real joy of this novel is the inventiveness with which Randall evokes the mindset of sea-faring men from the early 19th century. Dialogue is her great ally, as she presents a set of voices that are as convincing as they are intriguing to 21st-century ears.

Upon their arrival on the island, the quartet contemplate dinner. “Maybe we start with something that don’t fly,” one proposes, sensibly. “What about one of them fuckers?” he suggests, pointing at a nearby seal. –Noelle McCarthy
First published in Metro, September 2013, October 2013 and April 2014.