Archtitectural critic and design writer Jonathan Glancey: "What's the point of slowing down?"

Trains, planes and architecture. Jonathan Glancey’s pathway to his abiding obsessions began as a child, poring over picture books on rainy days. “I used to get them from public libraries because I wasn’t brought up in an artistic home,” he says on the phone from Suffolk, talking with infectious enthusiasm at hurtling pace and traversing a dizzying arc: Bilbao bling, Ruskin, the joy of flying, London’s difficult skyline, Twitter critics and the demise of architectural culture. He loves his work.

In 1986 Glancey was invited to join the newly formed Independent, leaving his training ground at The Architectural Review — “it was like doing two doctorates at once in architectural studies whilst learning to be a journalist”. At the conclusion of a “very gentle interview where you drank whisky and talked”, legendary Independent editor Andreas Whittam Smith demanded one thing: “I want you to write your enthusiasms.”

It’s advice Glancey has followed prodigiously ever since. “You are not asked to do that very often these days.” His architectural writing — measured, at times pugnacious — includes a 15-year stint as the Guardian’s architecture critic and a string of books: Giants of Steam; Harrier: The Biography; The Car: The History of the Automobile; Modern Architecture; Lost Buildings; Nagaland: A Journey to India’s Forgotten Frontier… The last, a journalistic investigation of his own Shangri-la and the Indian state’s troubled history, has Glancey retracing the footsteps of his grandfather, an Anglo-Irish army general, and his father, a child of the Raj.

The planes and trains make sense. His father was an RAF Spitfire pilot in World War II.

The architecture? “Art and architecture weren’t often discussed at home.” Brought up in a London Catholic family, he began wandering into churches, just to look. There was plenty to see — baroque and medieval parish churches, and those by Sir Christopher Wren and his protégé Nicholas Hawksmoor.

At 14, he met the seemingly mad Augustus Welby Northmore Pugin. “He ranted and raved at me through the pages of a mouldering Victorian book [True Principles of Pointed or Christian Architecture, 1841] that cost all of £2”. Glancey was hooked on Gothic Revival, especially railway stations, and felt an odd kinship. “He was a Catholic in a difficult time and I was brought up in a Catholic family. I had no idea that this one day would lead to a way of earning my living.”

Glancey is a trailblazer architecture critic, crossing over from architectural journals to the mainstream press in time to witness the rise of the starchitect and the iconic. In Modern Architecture he writes, “‘Iconic’ design was, at its best, a bit like epic cinema and, at its worst the architectural equivalent of reality television. Occasionally of course, some of these let-it-rock buildings were truly exciting.”

These days he writes for the Telegraph, architectural journals and overseas newspapers, has several BBC broadcasting projects in the pipeline and three books on the go — one a quest to find the world’s first city. “I’m such a locomotive, always flying about,” he says, quoting Pugin. He is, he says, a busy bee. “What’s the point of slowing down?”

Then there are the planes. He’s writing a new history of the Concorde. “I just love the poetry of flight,” he says. “I hope that doesn’t sound corny.” A pilot since his early 20s, he wants to take up gliding. “I want to be up there like a bird.”

A bird, a plane, a bee. For a time, planes, trains and architecture resided in separate compartments. Now they overlap. “They are all about human endeavour — that idea of doing something beautifully and well.” Writing is the same: a handsome edifice. “You are choosing words carefully, trying to balance the sentence, get rhythm into it. You are constructing the whole thing and it takes energy.”

Life post-Guardian, which he left in 2012, is liberating. “What I found difficult was the critic’s role was being changed.” He’s referring to technology, such as Twitter, giving rise to rapid-fire journalism. “You’ve got these gun-slinging, hipster critics emerging where you write things off in a few seconds. It’s very dangerous, because although it seems fun and lively and might engage people in sort of knockabout debate, it gives the critic less time to really dig into things.”

Glancey is also working on a book called The Death of Architectural Culture, exploring the increasingly diminished role of the architect. “A lot of architects today really are at the bottom end of the food chain, which I think is very sad.” It’s an irrelevance, he thinks, born out of an unexpressed fear. “Architects talk about projects and show you the pictures and drawings. But they don’t talk about society or talk about what architecture might do. I think architects have lost that cultural position where people listened to them.”

For Glancey, architecture is political. The rot set in with the rise of the free market and neoliberal economy ideology. “What that led to very quickly was undermining of public authority, the public realm, the idea of public life and the erosion of public space.” An erosion that “goes hand and greasy hand”, he shudders, with relentless commercial development. “You can see architects becoming less important. They just respond to projects and provide the team that will work for the contractor and the client and the politician.”

“The Shard is… an example of how difficult it is today for a very good architect to work with this brutal modern economy.”

Take Renzo Piano’s 87-storey London skyscraper known as the Shard. “I find the Shard difficult. What is it? It’s a piece of ruthless commercial property development of an extreme scale. It doesn’t seem to give much back — an example of how difficult it is today for a very good architect to work with this brutal modern economy.”

As for something that does work, Glancey admires Rothschild’s new London headquarters, designed by Rem Koolhaas’s practice OMA, built beside Christopher Wren’s St Stephen Walbrook church in the medieval alley of St Swithin’s Lane. “It weaves its way up, finding its own way from those narrow city lanes up into the sky. It’s not in your face. It’s not a big cartoon and it’s certainly not an awful icon thing. It’s a proper city building.”

Glancey’s antidote for architecture’s malaise: architects must once again enter into genuine debate. “One of the reasons I left the Guardian was we were being asked to get involved in those discussions online — to get involved with the community. I thought this isn’t a community. These are all individuals ranting and raving.”

When I first spoke to Glancey at the Guardian in 2010, it was election year. He stressed the importance of the political narrative in architectural criticism. It’s a view established by another formative encounter, at 16, with Victorian English art critic and Pugin’s nemesis, John Ruskin. That was at Brantwood, Ruskin’s home in the Lakes District. The book was Unto This Last, Ruskin’s polemic on political economy which Glancey read in the garden, on Ruskin’s slate chair.

The “beautifully written savage attack on Adam Smith and what today we would call neoliberal economics” returned somewhat eccentrically to Glancey’s thinking at Oxford where he was reading philosophy, politics and economics. “Ruskin connected in my mind architecture and politics.” Left or right, he’d like architects to engage. “At their best architects are public people. That’s what I keep trying to ask them — ‘Please be public people.’” 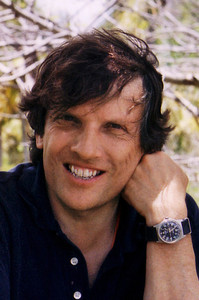 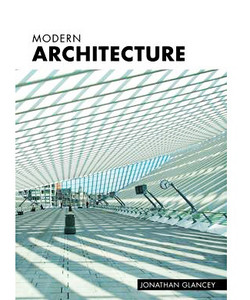 Jonathan Glancey will be a guest of the Auckland Writers Festival, May 14-18. writersfestival.co.nz