Why Auckland arts funding is increasingly dependent on private benefactors

Should an art gallery be publicly funded for the benefit of the people or paid for by those who actually use it? 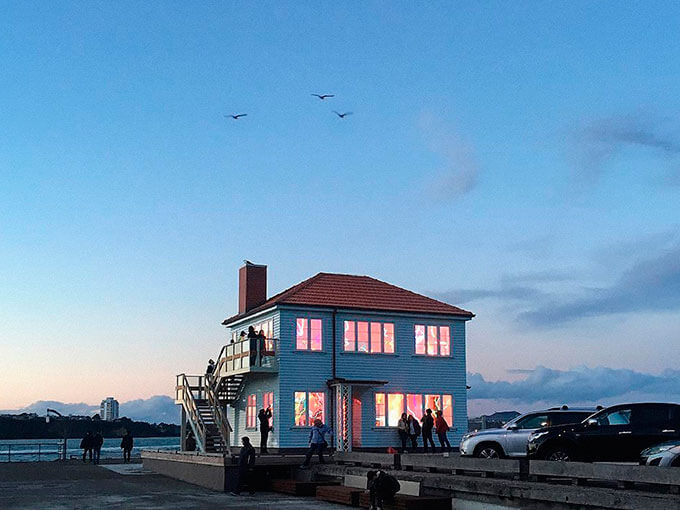 Auckland has been given two remarkable sculptures this year. The first is Michael Parekowhai’s much- discussed The Lighthouse: that magnificent, neon-filled home to a stainless-steel Captain Cook on the end of Queens Wharf. Happily, Aucklanders have embraced it with a fervency directly inverse to the naysaying that greeted its proposal (*cough* New Zealand Herald) — and which, for those who actually knew what Parekowhai was seeking to achieve, was completely predictable.

The second was revealed in mid-July: Judy Millar’s colossal Rock Drop, which marches down the stairs of the Auckland Art Gallery’s South Atrium. Enormous interlocking pieces of wood, covered in blown-up strips of Millar’s swirling streaks and strokes, stride forward like an angry 3-D puzzle trying to escape the red ropes restraining it. It is, according to Millar, a reference to a passage in Homer’s Odyssey, in which rock forms seem to move of their own accord, shipwrecking sailors. It’s a wondrous thing, lurking, as so much of Millar’s best work does, somewhere between object and image, with a sublime Lilliputian physicality.

Both Millar and Parekowhai are Aucklanders. They’ve been key figures in contemporary art for the past 25 years, and have both taught at Elam School of Fine Arts (where Parekowhai is still a professor). They’re vital figures in the city’s cultural life, and exactly the kinds of people we’d hope our council and the Auckland Art Gallery would commission major works from. And yet the financial burden of both sculptures (ambition like this doesn’t come cheap) has fallen on private benefactors and independent trusts: that infamous million bucks from Barfoot & Thompson towards the Parekowhai sculpture, plus another $500,000 from an unnamed patron; and for the Millar work, $60,000 from the Auckland City Sculpture Trust, $50,000 from the Auckland Contemporary Art Trust, and an unspecified remainder raised by the Auckland Art Gallery Foundation. 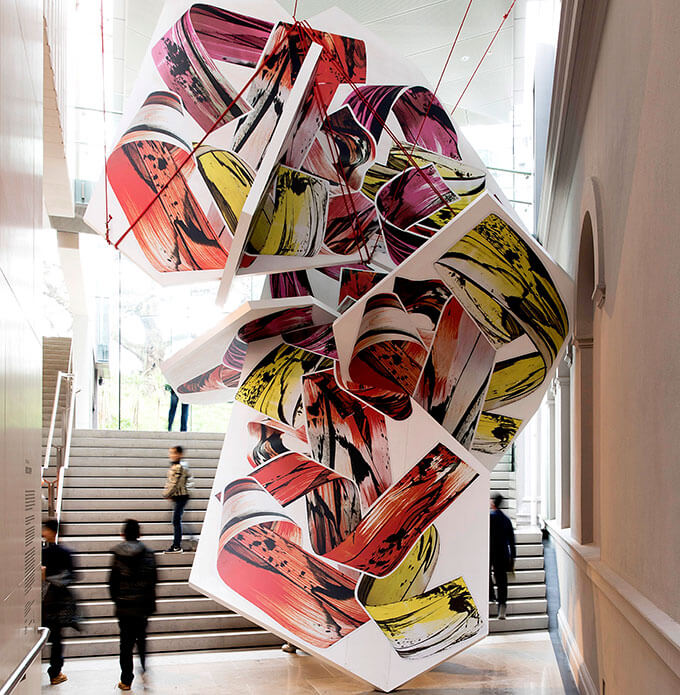 This is symptomatic of the new shape of significant arts funding in the city. The Auckland Art Gallery in particular is having to turn more and more to private collections and benefactors. Were it not for Rob and Sue Gardiner and their Chartwell Collection, for example, the gallery’s contemporary art section would be a pretty barren place. And because of a big push under director Rhana Devenport, the gallery now has more than 4000 members and about 250 people spread across its three philanthropic groups.

In a perverse way, we could see this as a kind of metropolitan success — more people are recognising the importance of contemporary art to the city’s life. But this shouldn’t let the council off the hook or be seen as a replacement for its civic duty to adequately fund one of the city’s greatest cultural assets (financially speaking, probably its greatest, if we consider the value of the gallery collection). And yet the gallery has had a big funding cut this year, delivered via Regional Facilities Auckland (RFA).

In 2014-15, RFA had requested additional funding for the gallery, to bring it up to something resembling a sustainable budget. It got $800,000, on the (weird) expectation that this would drop $400,000 in 2017-18. This year, there was also a surprise additional cut to the RFA’s budget from the council of another million dollars, which it spread across its business divisions. And the word around town is there’s increasing pressure on the gallery to raise its own funds, while continuing to deliver a world-class programme.RFA is going in to bat for the gallery soon, as the council develops its next 10-year plan. And, okay, we could argue that a deal’s a deal — that the gallery knew it was going to get its funding cut this year. But let’s put that against its performance. The membership is pretty remarkable for a city the size of Auckland. Half a million people visited the gallery last year. Almost 100,000 of them went to the Gottfried Lindauer exhibition: a show built primarily around the gallery’s own holdings, which also resulted in a major new book and discoveries of previously undocumented works. And in a study commissioned by a steering group co-chaired by RFA and Auckland Museum, the annual spend by visitors to Auckland attributable to the gallery was more than $60 million.

Regular readers of this column will know I don’t love everything the gallery does. I thought the Lindauer show was great, and Space to Dream, the gallery’s survey of recent South American art led by recently departed curator Zara Stanhope, was outstanding. The Walters Prize — also funded by the gallery’s patrons — has been absolutely essential in scaling up the ambition of contemporary New Zealand art over the past 15 years. I didn’t like The Body Laid Bare though, with its conservative, colonial undertones. I love Tate Britain’s collection of good-looking naked white people, just not in a postcolonial city trying to hold itself up as progressive, multicultural and inclusive. And the $23 charge, I thought, was unlikely to encourage a diverse audience.

But what I do appreciate is that the city has an institution where I’m riled, jolted or delighted every time I walk in. That its obvious success isn’t being reflected in a more generous budget is all the more galling given that, not so long ago, the city spent $120 million redeveloping it. A few hundred thousand dollars extra each year is small change by council standards. But it would make a massive difference to the quality of the exhibitions programme, and the acquisitions budget — we should never forget that the gallery is one of New Zealand’s most important collecting institutions, and the assets it accumulates are ours.

This is more than a question of budget prioritisation, I think. It’s an ideological decision, and it’s one we confront so often now that we barely question it: whether we see a cultural asset like the gallery as a good for the commons or believe it should be partially funded through a “user-pays” model — that the members, the patrons and people who visit it most should also pay for the privilege. We could, I suppose, have a serious conversation about this. Except that mayor after mayor, and year after year, we’re told Auckland is becoming a better place: a culturally diverse, opportunity-rich, cosmopolitan, international city. The gallery is essential to this, and it continues to deliver under absurd financial pressure. Let’s all remember that, the next time a mayor or councillor tries to elbow in on its success.