Seeing in the Dark: The Return of White Night

By Frances Morton date Mar 13, 2015
Going to a gallery at night adds a frisson to the experience. 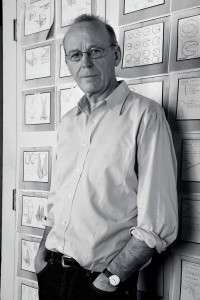 Galleries and museums, for all their splendid reverential fervour, can be foreboding places to visit. On a White Night, the normal rules don’t apply. The doors stay open late and the crowds flock in. There’s something enticing about visiting a gallery in the dark that has made after-hours art a worldwide phenomenon. Auckland has its own version during the Auckland Arts Festival, with galleries and museums open until midnight throughout the city, and street performances and live music.

New York-based UK artist Anthony McCall knows all about the appeal of darkness. It’s a precondition of his work, which has appeared in two White Nights in Paris and is on show during the festival here. “There’s no question that darkness holds terrors for us,” says McCall. “When you do things in the dark with complete strangers, there is an intimacy there, and a bit of frisson. It’s made safe by the fact that it’s in an institution.”

When visiting his exhibition Face to Face at Trish Clark Gallery, you enter a pitch-black room and into beams of white light tracing moving lines on two facing screens. The lights illuminate haze in the room, forming conical shapes that appear so solid it’s irresistible to reach out and try to touch them. When you do, the lines move and the shapes distort. “The presence of people profoundly changes the work,” says McCall, who moved to New York in the 70s because that’s where all the artists he was interested in were.

“The performance people,” he says. “Happening artists like Allan Kaprow; the dance performers Judson Dance; Yvonne Rainer and Simone Forti; conceptual artists like Sol LeWitt and Mel Bochner; and of course John Cage. They were all in New York. I went there expecting to stay for six months and I’m still there.”

Working in avant-garde cinema, he was also familiar with a revolutionary New Zealand artist at the time. “Everyone knew about Len Lye’s work. It was very early and so important it would be hard not to.”

McCall would show his own 16mm films in dusty, smoky loft warehouse spaces, but when they were presented at museum shows in clean air, something strange happened. They became nearly invisible, reduced to only the line on the screen.

McCall realised the hazy atmosphere in the room was a vital medium. “That problem turned out to be extremely difficult to overcome. It wasn’t really until the 1990s, when I learnt about the existence of a new generation of haze machines, that I discovered there was a solution.”

That timing coincided with the rise of video art, which meant museums and galleries started showing moving images, no longer relegated to rundown lofts. After 20 years as a graphic designer, McCall returned to fine art and is considered one of the world’s best artists working with light. Face to Face is his second major installation to be mounted in Auckland recently. You and I Horizontal, 2005, was a highlight of the Auckland Art Gallery’s Light Show. While his works are now made digitally, which allows him more flexibility than film, the foundation remains the same. “It’s a slightly different process but it always begins and ends with drawing — with a pencil.”

Society
Did Moby Dick wash up on Whatipu in 1861?
by Bob Harvey