Michael Parekowhai's sculpture is worth celebrating 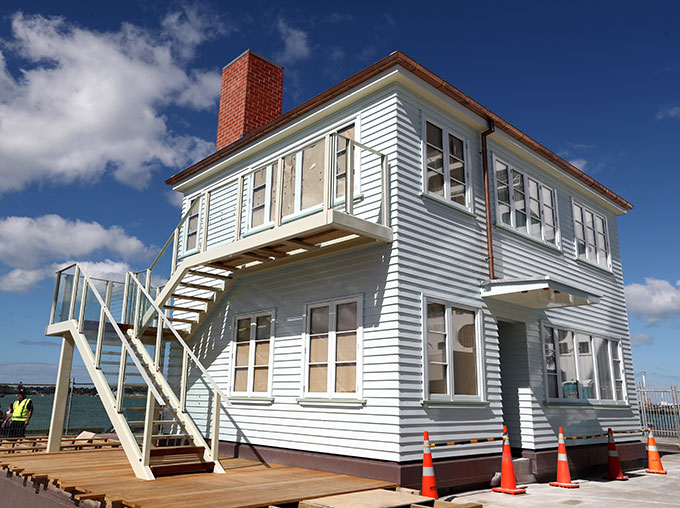 Ask any artist who has worked on a major public commission, and they’ll tell you most of the process sucks. Usually, they’re just happy to survive with all their arms and legs intact after dealing with soapbox councillors, city planners, health-and-safety wonks, shouty journalists and, the least predictable factor of all, public opinion.

But they do it, for two reasons. First, all good artists want to push their materials and ideas as far as they can, and public art projects provide the scale, budget and risk to enable that. And, second, very occasionally something great emerges out of all the agony: the noise dies down, the artwork beds in, and suddenly no one can remember what the world looked like before it was there.

Michael Parekowhai’s proposed “state house” sculpture for Queens Wharf will be one of those works. Predictably, though, it has been held up as an anti-democratic waste of public money and an art-world conspiracy. Josie McNaught flapped local body statutes in Herald readers’ faces as she demanded public consultation, without mentioning that Barfoot & Thompson is funding most of it. Brian Rudman decided it’s the art world’s revenge for a minor scrap everyone’s forgotten (except him) about the suffragette tiles in Khartoum Place.

Dumbest of all were snarks about how many state houses Auckland could build instead (not many, actually, if you consider only the council’s $500,000 contribution), as though Parekowhai or his sculpture have anything to do with setting social housing policy.

First, let’s get the definition right. This isn’t a state house. It’s a sculpture, based on the form of a state house. Parekowhai’s work won’t provide anyone with shelter, but it will have profound metaphorical force, as a reminder of a time when we managed to marry massive national wealth to progressive social values. Alongside universal suffrage, ACC, the Springbok protests and our anti-nuclear stance, the state house is part of our moral obstinance made solid: a belief that, no matter how rich we become, fairness is the most meaningful measure of collective wellbeing.

But Parekowhai’s work is more than a state house; it’s a lighthouse too. Much of the media beat-up has been about the proposed cost of the Venetian chandelier destined for its interior, which, constantly alight, will cast a glow out into the Waitemata. On one level, Parekowhai is collapsing the time and distance between two vernacular traditions that belong to water-filled cities: Venice’s ancient art of Murano glass, and Auckland’s 75-year-old craft of affordable housing. If the Venetians can keep their tradition going for centuries, how did we lose ours within a few decades?

The light also hints at our constant need to look beyond the water, to Europe — our compulsion to visit Old World cities such as Venice and return, somehow more complete. Well before we started going on these comfortable OEs, though, thousands of our service¬men slogged, from 1943 to 1945, through one of the most brutal military campaigns in modern history. Many of those who survived the war in Italy found themselves in Venice at its end — eventually returning to be among the first occupants of Auckland’s newly built state houses.

But that was then, and this is now a property El Dorado. State-house communities like Glen Innes are being dismantled to capitalise on the market’s heat. The Housing Accord is miles off meeting its targets. As a result, those modest three-bedroom homes are mutating into overvalued temples, complete with their original rimu floors. Embedded in Parekowhai’s chandelier, then, is a sharp, if tangential, point about gentrification, made a little spikier by the fact that its main funders are also the city’s most powerful realtors. 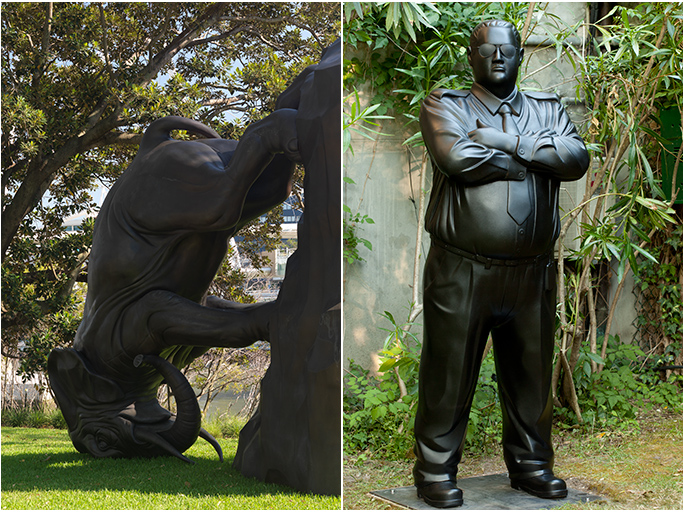 The cost to Auckland, by the way, is tiny for a work this significant. Rate¬payers aren’t even matching Barfoot & Thompson’s million-dollar gift. By way of context, Sydney has just committed $A8 million to three public artworks, one of which is a pavilion, by Hany Armanious, that looks like a giant upturned milk crate.

In Chicago, Anish Kapoor’s Cloud Gate had an original budget of $US6 million. People hated the idea. It blew out to $US23 million. People hated it even more. But once finished, it became Chicago’s greatest landmark: not a bad achievement considering it reflects some of the world’s best urban architecture in its steel surface.

Every harbour needs a lighthouse to keep its sailors safe and call them home, and Auckland needs one more than most. We’re a defensive city. Just look across the water at the battlements we built to hold back the Russians. Look at our volcanic cones, which Maori used as natural fortresses. And look at that priceless strip of green sitting above Tamaki Drive, the site of the greatest resistance against real-estate development in Auckland’s history, and the fractious birthplace of a new bicultural politics.

It also seems significant that the most contested space in New Zealand today isn’t a block of land but that narrow strip surrounding us all, where the surf hits the sand — including the reclaimed wharf Parekowhai’s sculpture will sit on.

Too often, our defensiveness tips into preciousness: we hate the idea that we’re being laughed at. That’s not happening here. This is a work about remembrance — a memorial to Auckland’s altruistic foundations that finds multiple meanings in our more voracious present. It also harnesses the energies of Parekowhai’s best works: the subtle nod to Maori urbanisation in Ten Guitars; the com¬memoration of Maori who fell on the Western Front in The Consolation of Philosophy; the collisions between European and Maori craft traditions in his 2011 Venice Biennale project.

As well as helping us make sense of ourselves, the Queens Wharf work will give the public a fuller picture of why he’s regarded as one of our cleverest contemporary artists.

Auckland wants to be a sophisticated, post-colonial, outward-looking city. One measure of that is a willingness to build monuments that not only celebrate our past but also tackle its legacies, its complexities and even its absurdities.

Parekowhai’s statehouse/lighthouse sculpture does all of that, and more. It’s a perfect embodiment of our protective mentality and there’s no question it will become iconic.