A new exhibition draws attention to the link between violence and issues of power, control and femininity.

Shelton, made her name in the late 90s with Redeye, a book of photographs of K’ Rd’s edgy art, music and drug scenes. Redeye had embedded within it two difficult questions for Shelton: what did it mean to simultaneously be an insider and an observer? And what did it mean to expose her friends so starkly to the public glare?

Her response was to remove people altogether from her work, opting instead for an approach that pointed to absent presences. Issues of gender, and specifically the ways women are represented, also became her main subject.

In the early 2000s, she made the series “Public Places”, in which she photographed sites associated in our mythic consciousness with acts of female violence: Hanging Rock, the quiet bush path where the Parker-Hulme murder took place, Minnie Dean’s grave, among others. They are still among her best works. 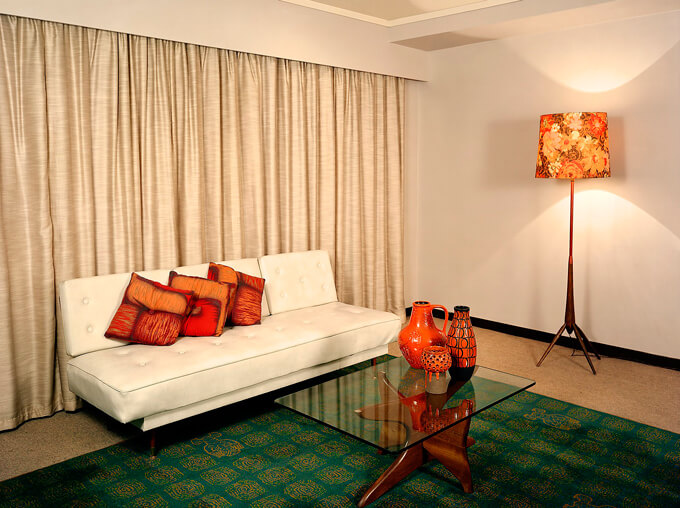 Since then, transgression, violence and trauma have always bubbled just under the slick surfaces of her photographs. In the opening room of Dark Matter, two walls are lined almost wall to ceiling with photos of oak trees, half of them the right way up, the others upside down. They’re some of the many “Hitler oaks” around the world, grown from the seedlings given to gold-medal winners at the 1936 Berlin Olympics — including Jack Lovelock’s, which is still in Shelton’s hometown of Timaru. Alongside this is Shelton’s latest series, “Jane Says”: brightly coloured ikebana arrangements that use plants traditionally associated with controlling fertility and menstruation.

Shelton’s photos remind us we come from a place where questions of power, control and femininity underpin much of the violence that has shaped our culture. At her best, her work doesn’t over-reach for easy answers, leaving us unsure whether we should trust her as a detective or revel in the murky histories and myths she simultaneously exploits, honours and reimagines.