Cracking it. A bold statement for a new generation of artists 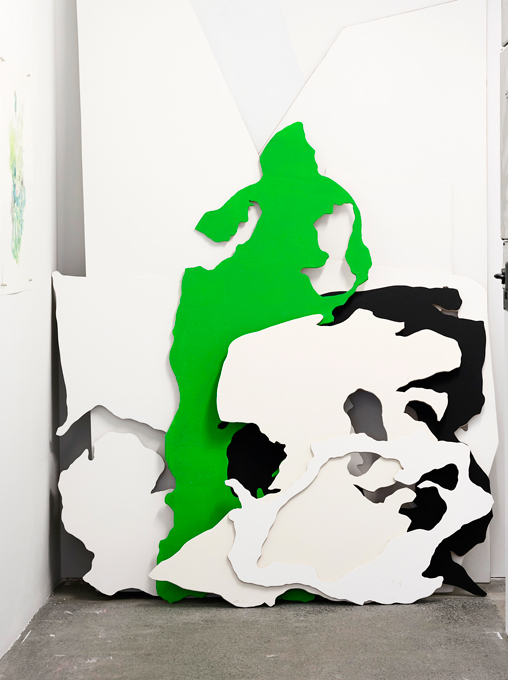 Millennials. Lazy and entitled. Addicted to their phones, no political interests beyond the tips of their little button noses, always moaning about student loans and house prices yet still going out partying and buying expensive clothes.

So preoccupied with themselves that, according to a recent story in the Guardian, they’re having much less sex than previous generations. Gen Xers were bone idle, too, but at least they had the energy to bang each other.

Such, at least, are the vitriolic falsehoods perpetrated every day by people in power. And it is all, of course, complete rubbish. These are the kids we weaned on the promises of the free market. They’re also the ones who’re going to have to fix the mess we’re in. And they’re going to have to do it with no economic capital, in the face of some of the darkest threats any of us have faced in our lifetimes. Not political? Please.

Artspace’s exhibition New Perspectives shows just how dangerous and pointless it is to tar an entire generation with a single, vicious brush. At the same time, and somewhat contradictorily, it also makes a bold generational statement.

New Perspectives is essentially Artspace’s annual “new artists” show. It includes 21 artists — 18 in the exhibition, and three more in a joint film screening at Academy Cinemas — who were selected from an open call that attracted 120 proposals. Part of the appeal for young artists was that the selector was none other than Simon Denny, supported by Artspace’s Misal Adnan Yildiz and John Mutambu.

The result is a thrilling and electric exhibition, and one of the most political shows of the year. 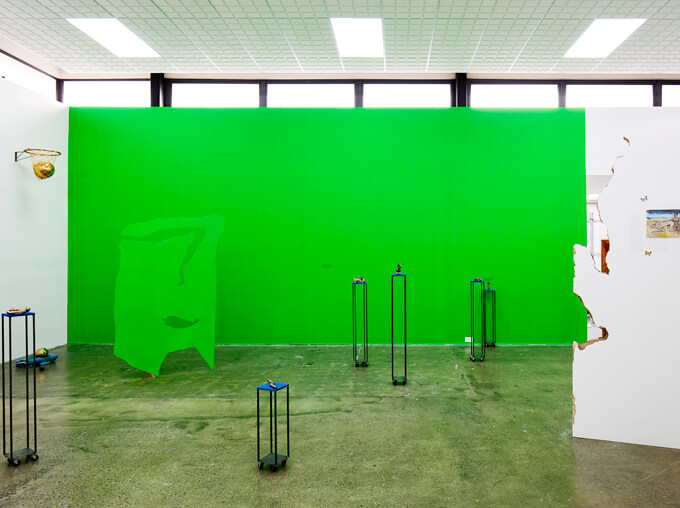 Tim Wagg’s video 1991 acts as the exhibition’s conceptual pivot point. In it, we watch a 3D printer producing an object; a robotic “dzzzzt-dzzzzt” as it builds up sticky lines of liquid plastic. The camera switches to a picture on a wall: a framed Tom Scott cartoon of Ruth Richardson flying through the air as a superhero, holding a weight aloft, the words “NZ ECONOMY” chiselled into its surface.

The narrator mentions Roger Douglas, talks about pressing the reset button on the economy, argues for the importance of “creative destruction”. The voice is ambiguously masculine and familiar. Then it clicks: it’s the sonorous death-rumble of Richardson herself, interviewed by Wagg for the work. Much of the footage comes from inside her house.

Towards the end, we recognise what the printer is making: a 3D version of Scott’s cartoon weight. In a biographical twist, Wagg was born two days before Richardson’s 1991 economic transformation — a true child of the Mother of All Budgets. Just a few weeks later, the internet was made publicly available for the first time.

One of the most significant things Yildiz has done as Artspace’s director is transform its floorplan for the first time since it opened on K’ Rd in 1997. New Perspectives shows off the incredible potential of that change, in large part due to three artists — Hikalu Clarke, Hannah Valentine and Charlotte Drayton — who all politicise the gallery’s space in different ways.

Clarke’s precarious MDF cut-outs, which reference counter-terrorism architecture and the makeshift barriers and structures used by protest movements, spread through Artspace, acting as obstacles and frames for other artists’ works. Drayton, meanwhile, has cut straight into Yildiz’s new layout, slicing arches into the wall that usually hides Artspace’s video screening room. It’s a bizarre Mediterranean effect that references the hokey aspirations of Auckland’s suburban architecture; a promise well beyond the economic means of the young artists included in the show.

Valentine’s intervention manages to be both imposing and delicate. In front of a wall painted a lurid “green-screen” green, she has positioned several elegant metal plinths. These support lumpy bronze objects — some like chunky bracelets, others like pieces of bone, others like knuckle-dusters.

Valentine invites us to pick them up and carry them through the gallery as we look at other works, a kind of tactile, almost pilgrim-ish weight as we navigate the spaces the exhibition opens up between the haptic, the political and the digital. 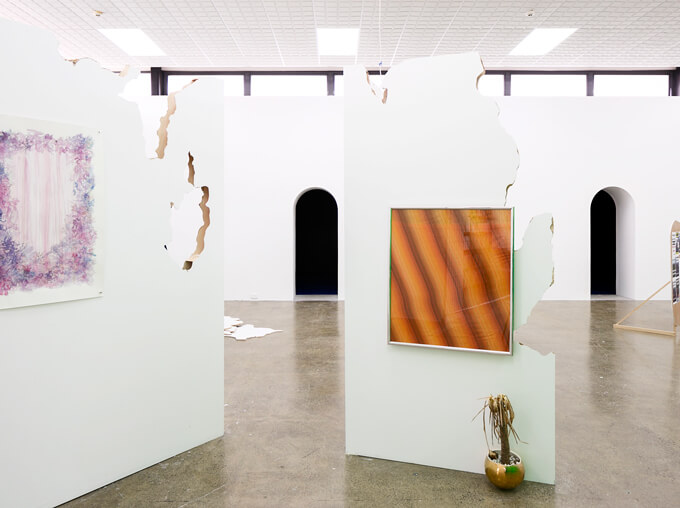 There are Tiger Murdoch’s posters, which use the language of local election campaigns to reference Auckland’s inequality crisis. There is Faith Wilson, who was included in part because her proposal vehemently questioned why Denny needed to be involved in the project at all. And Motoko Kikkawa’s beautiful watercolours and collages, which sometimes start from grim sources, including an internet image of an acid attack.

Historically, Artspace’s new artists gig has been a kind o f debutante ball for the wider art scene; a vetting event that signals who the new bright young things are. (At an opening weekend talk, Denny couldn’t resist pointing out that he’d never been included.) The shift to “New Perspectives” — a move from the individual to the idea — turns the exhibition from a series of one-offs into a collective act, linked particularly well by Clarke’s clunky interventions.

Rather than sealing themselves off in selfish little zones, the artists have collaborated for a greater good. Perhaps we shouldn’t be so surprised. For millennials, the life of the screen and the physical worlds they move through are two extensions of the same reality.

Their relationships with dimensionality are new, and radically different. So it makes sense that they’d let their works bleed into each other.

At the time of writing, Donald Trump is now the newly elected leader of the United States – and the free world. The impact he’ll have is unknown, but feared by many. We still don’t know if Aleppo is going to be the crisis that finally pushes us into the global conflict we’ve been building towards since September 2001. Or whether the Reserve Bank’s latest fiddling with house-buying rules is going to make a damn bit of difference to the thousands of young New Zealanders who can barely find a decent place to rent, let alone buy.

Something’s going to give, eventually. New Perspectives shows that the foundations are already starting to crack.

Society
Can I carbon offset my relationship?
by Eli Matthewson

Society
The rise of the digital-only lover
by Madeleine Holden