A place to call home: Mixit's creative way of bringing migrants together 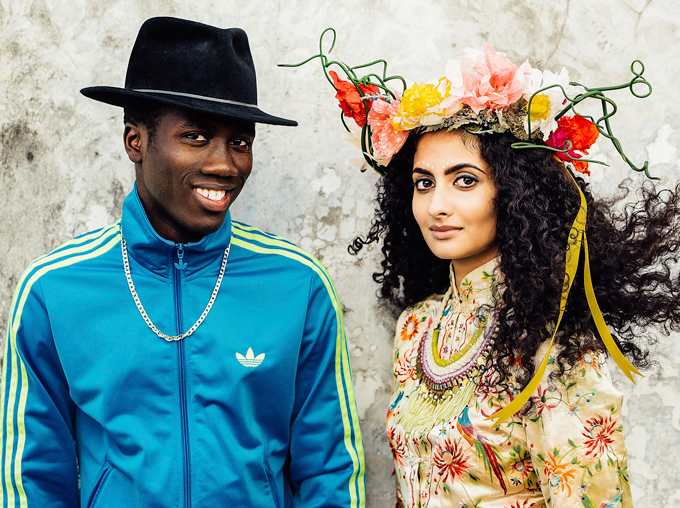 When Lionel Floribert and Kaviesha Abeysinghe arrive at Corban Estate Arts Centre in Henderson every Saturday, they leave their baggage at the door.

Religion, culture, customs and skin colour become irrelevant; instead, they’re humans hanging out for the same purpose — to perform.

It’s 10 years since refugee arts programme Mixit began after founder Wendy Preston was shoulder-tapped by a philanthropist. For the former choreographer, it’s a full-time gig, and she’s at the arts centre at weekends, too, waiting for vanloads of youngsters to turn up; they travel from all over Auckland to sing, dance, and act their hearts out.

Floribert, 16, and Abeysinghe, 23, will lead 25 performers in Mixit’s annual show on January 20-21. While they’re from different backgrounds — Floribert is a refugee from the Congo,  Abeysinghe is a migrant from Sri Lanka — the pair share a passion for performance.

Abeysinghe says Mixit has given her the opportunity to become part of a community where being a minority carries no deeper implications. “You’re not getting judged for what country you come from or what skin colour you have.”

For Floribert, a student at Auckland Grammar School, Mixit is a place where he doesn’t have to try to blend in. “At Mixit, they have other people who speak my language, Swahili… In Auckland I didn’t know anyone who spoke my language except my grandma.”

The troupe face an intensive two-week rehearsal period — eight hours a day with a choreographer, drama director and a visual artist — for the show, This Way Out.Preston says it is a response to the current state of the world. “Post-Brexit, post-Trump, we’re living in a time when there’s a lot of fear and there’s a lot of suspicion, there’s a lot of division and wall-building.”

Mixit’s focus on contemporary dance is new to Abeysinghe, who was an avid traditional dancer in her home country. Her life here — working full-time as a food scientist, involvement in Mixit, and her independence — is something her parents, while supportive, struggle to come to grips with. “In Sri Lanka, you live at home until you get married … It’s really hard for me to convince them that it’s different now.”